While sales of books have been declining in recent years, the increased popularity of the Kindle and other e-readers has been a shot in the arm for booksellers, especially for self-published authors.

In fact, the most popular books of 2012 (so far) show just how popular self-published works can be.

If you have read the books on this Bingo style list then you win 2012 Reading List Bingo! 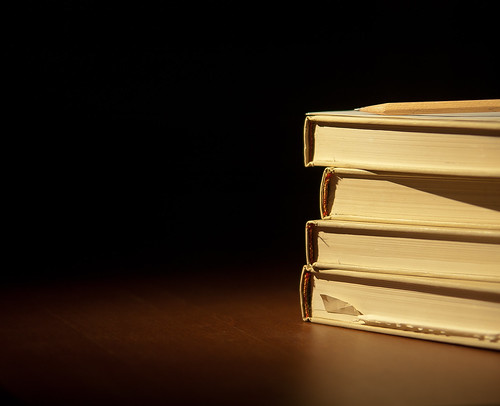 Image taken by shutterhacks on Flickr
Fifty Shades of Grey
The Fifty Shades of Grey book and the sequels Fifty Shades Darker and Fifty Shades Freed top all the best seller lists this year. Originally published on the Kindle by author E L James, the trilogy was already incredibly popular before a bidding war amongst publishers saw the paperback version released.

Set in a dystopian future, the Hunger Games is a thriller featuring Katniss Everdeen, a sixteen-year-old peasant who takes part in the brutal Hunger Games to save her sister from the same fate.

This kill or be killed contest forces 12 contestants from each of the districts surrounding the city capital to compete against each other. To win they must survive.

Katniss must continue to fight in the sequels, as the rulers of the capital try to show that no one can defy them and live.

George R R Martin’s sword and sorcery series has already been turned into a very successful TV series, which has led to an increase in popularity for the original book series.

This fantasy epic tells the story of a complex group of characters, vying for control of a kingdom divided. If you liked Lord of the Rings, you will love Game of Thrones.

Based on forty interviews with Steve Jobs, conducted over two years, and hundreds of interviews with friends, family, colleagues and competitors, this goes through the roller-coaster that is the life of entrepreneur Steve Jobs.

Jobs did not have any control over the editorial of this book, and it is searingly honest. Find out all about Steve Jobs’ fiery personality and his drive to succeed.

This book is a very interesting look at one of the USA’s most successful businessmen, and includes a lot of lessons about succeeding in the business world.

Gone Girl
Gone Girl by Gillian Flynn has been one of the most popular books of 2012.

This thriller revolves around a marriage that has gone terribly wrong. Nick and Amy are about the celebrate their fifth wedding anniversary when Amy suddenly disappears.

Did Nick have something to do with his wife’s disappearance? Extracts from Amy’s diary give insight into her state of mind. All the twists and turns in Gone Girl build up to an explosive conclusion.

No Easy Day
No Easy Day by Mark Owen and Kevin Maurer investigates the mission that killed Osama Bin Laden.

This book gives an amazing insight into the planning and execution of the raid by Navy Seals. This also goes into the training that is required to become a Navy Seal. Anyone interested in military history will enjoy this look at one of the most memorable moments in the history of the Navy Seals.

Unbroken
Lovers of military history will also enjoy Unbroken by Laura Hillenbrand. This is an amazing true story about one man’s fight for survival after crashing in the Pacific Ocean.