The marketplace is beyond a doubt a global one now. People who have earned business degrees are now honing their foreign language skills in order to provide themselves a competitive edge in the labor pool. One must realize that it is not enough to master the mechanics of various languages. An understanding of the culture of the people that the languages represent must also happen to be effective in the global marketplace.

Some business reasons for learning new languages are to enhance communications skills with linguistically diverse people for which one works and to assist penetration of an organization into a market segment dominated by a certain linguistic group. For these reasons learning French, Japanese, and Spanish languages has become very popular among those toting a business degree. These languages represent people groups who have growing presence in the U.S. market as employers, employees, or customers. 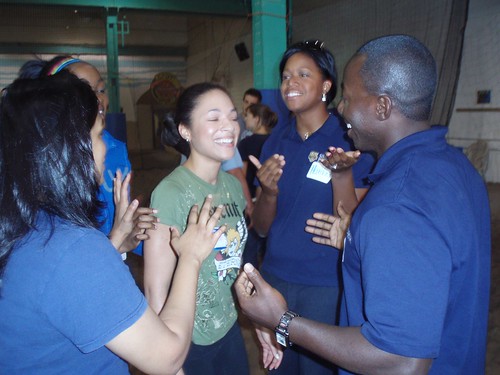 International Companies Doing Business in the U.S.
International companies are a source of jobs and tax revenues for the U.S. which should not be taken for granted. Particularly in the area of alternative and sustainable energy products, French based companies leverage knowledge gained through research, development, and production conducted successfully in their home country. Alstom and Areva are two such French companies that are considered top ranked foreign companies doing business in the U.S.

Although most educated French people and certainly French business people working in the U.S. know how to speak English, one is always at an advantage by understanding the language of an employer or potential employer. French language is taught in both secondary and post secondary school settings. However, by the time one actually knows what career path will be taken, many have to resort to learning the language via the many language learning software products that are on the market today.

For many years Japan has held a strong grip on the global automobile industry, and they have not let go. Japanese firms such as Honda and Toyota are only two Japanese companies that are successfully doing business in the U.S. While these companies may hire Americans that are strictly English speakers, upward mobility may take a little more finesse. Certainly, Americans with a desire to move into upper management within these Japanese based companies should make learning about the Japanese culture and language a high priority.

While learning Japanese is not impossible, it certainly is not classified as an easy language to learn. The Japanese know that the language barrier is a difficult hurdle to jump; they know because they have in most cases done it. Learning Japanese is sure to pay off in the long term for those taking time to master it, and one’s efforts will probably not go unnoticed.

Growing Customer Base Right Next Door
The fastest growing customer base for many companies is the Latin American one. These households represent some serious buying power, and companies are doing their best to identify and meet the needs of this target market. Bilingual employees are at a definite advantage in the corporate environment because companies are not only aggressively targeting Latin Americans as customers but many are employing Spanish speakers at a swift pace.

Capturing the hearts of Latin American customers particularly involves knowledge of the culture as much as the mastery of the language. Because there are many subcategories within Latin America, Latin American households cannot just be lumped together and marketed to homogeneously. There are distinct groups within Latin America such as Mexicans, Puerto Rican, Dominicans, Central Americans, and South Americans to just name a few. All have varying needs that must be addressed despite linguistic similarities.

Steve Benson is a business executive and guest author at BestDegreePrograms.org, where he contributed to the guide to the best online international business degree programs.