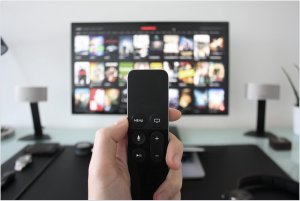 Television remains as popular as ever today, in spite of competition from many different sources. Part of the reason for its sustained popularity has been the upgrades to television viewing that have come along. The 1980’s saw VHS tapes, followed soon by DVD’s. Today’s viewer has perhaps the most powerful innovation yet: The digital video recorder, or DVR. These devices offer an amazing variety of features. Here are four that everybody likes.

Instant Replay of Everything

Did somebody walk in front of the screen at a key moment? Maybe a barking dog or ringing phone drowned out key dialogue. Perhaps a friend showed up in the stands at a ball game. Whatever the case may be, with a DVR you can rewind anything you’re watching and review it as many times as you wish, with slow motion and a picture as sharp as live TV.

It seems like we just get settled in with a favorite movie or show when an important phone call comes in. With a VCR, you had to quickly find an available tape, get it into the machine, and start recording. The DVR permits you simply to pause your show, then fast-forward through commercials and credits to get caught up when your interruption is over.

In the days of VHS, every home with a VCR had a corresponding stack of bulky tapes, each of which held no more than six hours of TV. Finding a recorded program involved a great deal of searching on multiple tapes, each of which was costly and always almost full. A DVR provides a huge storage space, with programs organized with titles, recording dates, and run times.

One of the great concerns for many families with large cable packages is the presence of programming that they might not want their kids to see. DVR’s link with broadcaster-provided ratings to categorize programs, allowing you to choose the content levels you are willing to allow viewers to watch unsupervised. Anything with content more objectionable than that level is blocked, secured with a PIN that you choose.

Technology has progressed far beyond the days of “watch it or lose it”. Thanks to the development of DVR technology, viewers can save shows without the expense and bulk of tapes, review things they’ve missed, avoiding missing things to begin with, and manage the content of the shows their families can watch. That kind of versatility is keeping traditional TV programming alive in the face of high-tech competition.