Concealed weapons protect individuals from harm and even death. Many events have occurred throughout the nation that demonstrates this truth. Here are four specific events that happened to real life individuals who saved themselves and others from harm or death. The people in these stories can attest to the fact that weapons for personal protection save lives, as they did for them during life threatening situations. 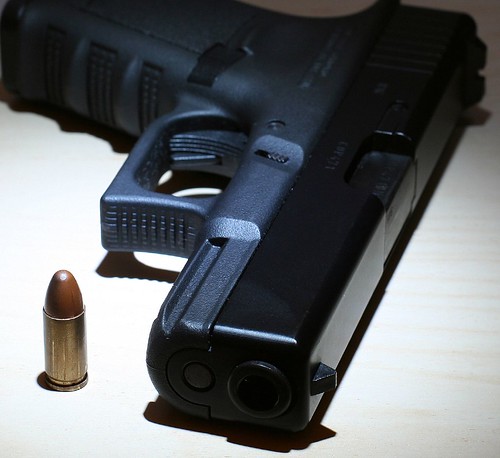 Garden Grove, California: Jewelry Store Incident
An attempted robbery that occurred in Garden Grove led a senior citizen store owner to using a concealed weapon. She interrupted the plans of four men who attempted to rob her jewelry store. The four men entered, each with a gun. The owner was at the back of the store when she heard noises coming from the front. She entered the front of the store with a gun, firing shots. The men fled quickly.

Phoenix, Arizona: A Home Invasion
A night home invasion prompted a 14 year old boy to use his father’s gun. At the time of the incident, the young boy was watching his three younger siblings. Someone rang the bell but he didn’t answer the door, as instructed by his parents. Instead, he went to retrieve his father’s gun. When the intruder was able to get through the door, he pointed a gun at the boy; but the boy was ready to protect himself and his siblings. He fired at the intruder.

Blanchard, Oklahoma: A Trailer Home Break In
A young, widowed mother, home alone with her infant, heard two men attempting to enter her front door. Their intentions were to steal prescription drugs that belonged to her late husband. The mother barricaded the door and called for assistance, but police could not be sent to the home immediately. The call lasted for more than 20 minutes while the intruders continued in their attempts to enter the door. The mother had two guns to protect herself; when one man holding a knife got through the blocked door, she shot him.

Gwinnett County, Georgia: An Attempted Rape
A woman taking a shower became startled when the bathroom lights turned off. She opened the shower curtain to find a man with a knife standing there in her bathroom. There was a struggle between the woman and the home invader. He overpowered her and forced her into the bedroom. There in the bedroom she was able to retrieve her handgun; she shot the intruder. The man fled from the woman’s house. He was found by police in the backyard of the home.

Weapons kept for protection saved the lives of these individuals. These are only four of the thousands of incidents that happen yearly across America where individuals use personal weapons to protect themselves from life threatening situations.

Brandon West is a gunsmith and guest author at BecomeGunsmith.org, a site with information on how you can become a gunsmith.