If it’s been a while since you visited the world of karaoke, you might find that things have changed a bit. It’s not as foreign as it once was and more people are familiar with singing than ever. Thanks to YouTube and Myspace, people are posting videos of themselves for the world to see. To the uninformed, it might look like a silly hobby that involves singing in front of strangers. But once you get into it, you’ll see there’s a lot more to the world of karaoke and how exciting it can be. Here are some surprising things that you may not know about this activity that has stuck around for over two decades. 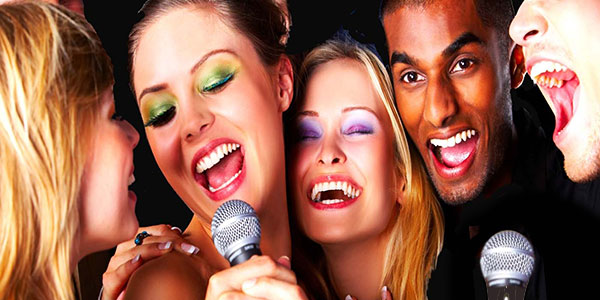 The Cursed Song – believe it or not, there is actually a cursed karaoke song that comes in the form of “My Way” by Frank Sinatra. There have been several murders and beatings linked to this song over in the Philippines. Some people claim it’s because people are very particular about their karaoke over there and this song is highly regarded. Others would say there is a real curse that should keep you well away from attempting to sing this song at any time. In any case, it’s still a highly respected song that only great singers should attempt.

Ipod Compatibility – one of the best developments in karaoke technology today is the inclusion of the iPod. Obviously this Apple technology has revolutionized the music industry. It’s also become a major player in the world of karaoke machines. Nowadays people are relatively unwilling to buy a new system unless its iPod compatible. More iPod usage means less karaoke CDs, which can be a bit cumbersome when you constantly have to switch them out.

An Online Subculture – there is an entire online subculture devoted to karaoke, and they are some of the most rabid fans around. Some would argue they are even more hard-core than Star Trek or Star Wars fans. The interesting thing about these people is many of them never meet in real life. They simply post their comments and videos, and there is a heavy competitive edge to this activity. Some online groups are extremely exclusive and you have to prove your singing skills before they let you become a member.

The Most Popular Depiction – there have been many depictions of karaoke in movies, and some of them are intrinsically tied to the films that feature them. But thanks to an online poll, the most popular karaoke scene of all time is when Bill Murray sings in “Lost in Translation”. The actor famously re-created the scene in real life by popping in on some people singing in a private party, much to the delight of his fans.

Secret Fans – chances are you already know someone who owns a karaoke machine, but they haven’t divulged their secret yet. There are still many hidden fans who are little bit embarrassed about their singing hobby, and they choose to keep it private. But statistics show that more people have either tried karaoke or own a personal machine than ever. There’s a good chance someone who you pass on the street has a machine in their own home. How about you? Are you a secret karaoke singer?

If these facts have inspired you to give karaoke another shot, you should know technology is more affordable today than ever. You might just find a wonderful new hobby and there’s a lot more information that can be found at karaokemachineguide.com. There are great systems in all price categories that will have you singing in no time.