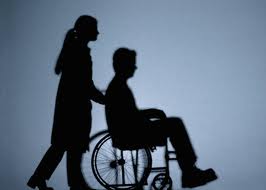 It’s no secret that people with disabilities can and have done exceptional things that even people without disabilities could never do and over the last few decades the Americans with Disabilities Act of 1990 issued a wave of positive change for those with disabilities. They now have better access to public places, wider entrances and more wheelchair ramps. With this, people took matters into their own hands and used disabilities as an advantage by creating the most insanely creative, powerful and exciting mobility vehicles anyone has ever seen.

Lance Greathouse’s goal is to “make cool wheelchairs”. He wants to spice up his boring medical device and spin it into something that looks like a weapon used in a zombie war. His creative mind was put to the max when he created The Fire-Breathing Electric Wheelchair, and that’s exactly what it does, breathes fire. The seat of the wheelchair comes from a Marine rescue helicopter and the vehicle is strong enough to run on just about any terrain and has a top speed of 22 mph.

Greathouse took up inventing flaming-death wheelchairs after he lost his previous job designing fighting robots for the show Battle bots, which came to an end. This man is so creative that it is impossible for him to not create deadly machines.

4. Wheelchair Tank for Parents with Disabilities

Jim Star was tired of his boring, standard wheelchair so he decided to change that. Jim wanted a new wheelchair, something that would traverse roads, snow, sand and anything else it may encounter. Him and his friends got together to brainstorm and they came up with a motorized wheelchair that can go as fast as 12 kilometers per hour. Jim says he customized it so he could spend more time outside with his wife and kids, but this machine is extremely tough looking and is sure to help him do more than that.

Who wouldn’t want to ride around on a mobile lounge chair? Sit back, relax and get to wherever you need to go. Well, 62 year old Dennis LeRoy Anderson thought this was such a great idea that he actually went ahead and created it. This chair can travel 24 km per hour and has a parachute, yes a parachute, just because! The chair sits on a riding mower engine, has a radio and headlights for night-driving. It also features a drag racing steering wheel and cup holders.

In a retirement community called the Villages in Florida, senior citizen’s don’t drive around in cars, they drive around in supped up golf carts. Anything from Cadillac to Hummers to 20th century hot rod versions have been created. Often times family’s of seniors don’t want these elders driving cars anymore, but who needs a car when you can drive one of these cool golf carts? These seniors don’t have to worry about taking their carts out on the road, they have their own roads and it’s all legal! Village residents have designed their golf carts to look like limos, fire trucks and even large yellow hummers.

Real bikers never lose the urge to ride, so what happens if a biker gets injured or confined to a wheelchair? Well, you just create a wheelchair that looks and rides just like a motorcycle. A man named Alan Martin originally designed one of these “bikes” after becoming paralyzed in a skiing accident. His wheelchair-ready motorcycle goes from 0 to 60 in 7.6 seconds and can travel up to 105 mph. It also matches all other regular motorcycles on the market in terms of safety standards and general “coolness”. People have come up with some pretty creative “badass” ideas for these wheelchair accessible motorcycles!

This article is produced by Peter Kennedy and He wants to Thanks Mountainside Medical Equipment for the information used in this article.

Leo Preston is a freelance writer and she has already written for various site. She has completed her master degree in Psychology and after that research a lot on article writing. She is expert in home improvement, business, technology, health niche.