Are you tired of spending a seemingly endless amount of money on disposable diapers? Are you trying to become a little bit more environmentally-conscious? If you answered “yes” to either of these questions, it might be time that you consider switching over to using cloth diapers on your baby. Cloth diapers have a surprising number of benefits, including their cost. Let’s take a look at some of the other benefits of using cloth diapers. 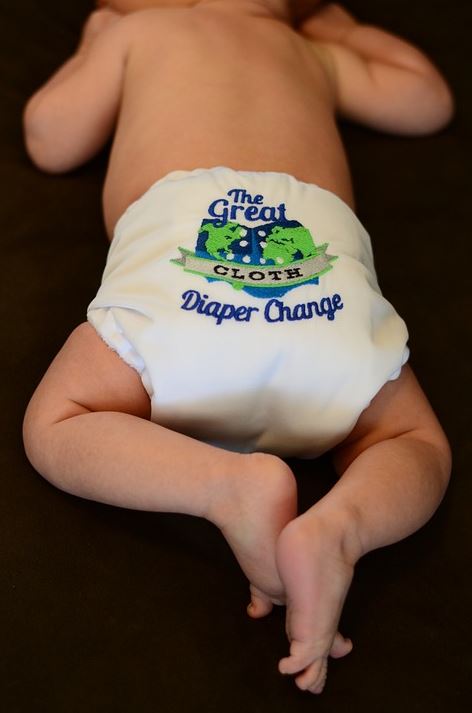 Disposable diapers contain two major chemical compounds, sodium polycarbonate and dioxin. Dioxin is a chemical byproduct that is commonly created by manufacturing products that include pesticides. Dioxin is hailed as one of the most dangerous toxins that is created by humans. When it is disposed of, dioxin can get into soil and run off into water. Exposure to this soil or eating contaminated fish can be harmful to your health, not just the environment. Cloth diapers do not contain these dangerous chemicals and help you reduce the amount of landfill waste since they’re reusable.

Avoid the Chemicals in Disposable Diapers

As already mentioned, dioxin and sodium polycarbonate are still found in some diapers. This is a bit mind-boggling, especially since studies have shown how harmful these substances can be to humans. Feminine hygiene products used to contain these chemicals until they were removed in the 1980’s for safety reasons. Cloth diapers are the natural way to go and keep your baby safe from exposure to dangerous chemicals.

Parents who use cloth diapers report that their children seem to potty-train much sooner than other kids. While this is mostly based on anecdotal evidence, this could be due to the fact that a baby will still feel the sensation of being wet in a cloth diaper, whereas those in disposable diapers do not. And, really, who wants to feel wet?

You know those nasty little rashes you sometimes see on babies’ bums after their disposable diapers are removed? Those are due to—you guessed it—the harsh chemicals interacting with a baby’s skin. Rash cream has a lot of chemicals, too. So, if you go the cloth route and notice the occasion rash (which is seemingly rarer), you can use cloth-safe creams which tend to have fewer chemicals in them.

Some disposable diapers are just downright unsightly. Cloth diaper manufacturers realized this and tend to make some of the most adorable diapers. You can get them in differently-sized sets for relatively affordable prices online and in brick-and-mortar shops. Chunkabuns even offers children’s jeans made specifically for cloth diapers.

If you still want to occasionally use disposable diapers, try investing in the bleach-free and sodium polycarbonate-free brands. Of course, you should expect these to cost you a bit more than regular disposables. Honestly, the affordability factor of buying cloth diapers is what makes them the most appealing, but they get major brownie points for being safer and more environmentally-friendly than disposables.