The human ability to hear and interpret sound is quite remarkable. Our senses work together to allow the brain to determine what is happening in the world around us. Our auditory sense allows us to project external sounds back to their source, which is vital for effective communication.

Our ears are specialized sensory organs that process energy waves and change the energy to another form, one that our brains can interpret through the stimulation of nerves. The process of sound interpretation is somewhat complex. This complexity is necessary in order for us to perceive sounds correctly and for our brains to make use of the information being received.

Here is a short list of things you may not know about your ears and how they allow us to interpret the goings-on in our world.

Sound waves aren’t really much different than light waves, ocean waves, or hand waves. The mathematics of how these waves form and spread is the same for all types of energy.

When an electric guitar string is plucked, vibrations in the string set up vibrations in the air. These hit a microphone that jiggles and creates a series of closed circuits. The pattern travels as electricity to a speaker that uses a magnet to focus the energy and disperse it against a taut material.

The wave motions in the material set up vibrations in the air, meaning that the energy has changed back to the motion of air molecules. These strike our eardrum. 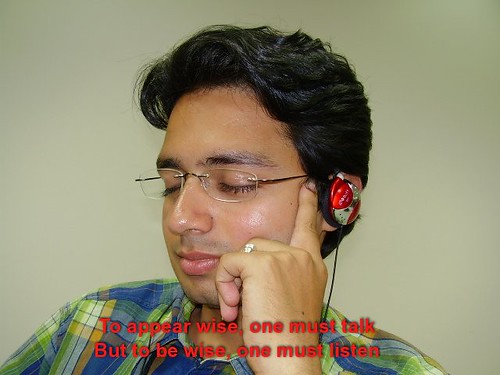 2. How The Ear Processes Sound Waves

Vibrations in the air travel at about 750 miles per hour. The eardrum vibrates when the energy hits, and the resulting jiggle sends vibrations to a set of three tiny bones. These three bones are part of the middle ear and are the only bones in the body that are completely separated from the main skeleton.

Sound travels nearly 20 times faster through bone that it does through the air. The bones also amplify the sound and direct it to the cochlea. Inside the inner ear, tiny hairs lining the cochlea vibrate and stimulate nerve endings.

The resulting stimulation is carried via the auditory nerve to the brain, which interprets the pattern and lets us know what we are hearing. The entire process described above takes place is less than 1/100 of a second.

When waves spread out, the energy is weaker at any given point. Our brain can recognize this because of the distinct pattern traveling along the auditory nerve.

Our brain can determine how far away something is because of the spreading of the wave pattern. If one ear is covered with a long cardboard tube and a sound is produced directly above the person’s head, the brain will interpret the sound as coming from near the opposite ear. This is because the sound waves traveled much further to reach the ear covered by the tube.

As a child grows and develops, memory patterns are created that link certain sounds with facial expressions. Humans have an ancestral memory that alerts the brain when certain facial movements are noticed. This is why people who are born deaf can often figure out what another person is saying simply by studying the movements of the jaw, eyelids, or cheeks.

Our sense of hearing is set up to have the brain project the perceived noise back to its source. We seem to hear something at a distance, from where it originated. This is quite different from our sense of smell, where the odor seems as if it is inside our nose rather than from the aromatic rose that sits in a vase more than 20 feet away.

This article was contributed by Jason Nelson on behalf of Nilsson Hearing Center, helping Southern Utah residents with all their hearing care needs.