Physical Evidence
We all know that criminals often leave behind obvious physical evidence that leads police straight to their door. Evidence such as hair, blood, tire tracks, footprints, and of course, fingerprints, are pieces of physical evidence that could be wiped away or removed by a criminal who took the time to cover his tracks. Cleaning away such evidence makes the police’s job more difficult but definitely not impossible.

Trace Evidence
Trace evidence is a type of physical evidence that is so minute that a criminal will not even realize it is there. A rule of forensic science called Locard’s principle holds that every criminal leaves behind evidence. Every step and every touch leaves something behind whether it is visible to the naked eye or not. In the not-so-distant past, this trace evidence would go undetected by police, and criminals often got away with a crime due to lack of evidence. Luckily, times have changed and police are now trained to search for trace evidence as well as having the special tools and equipment needed to find it. 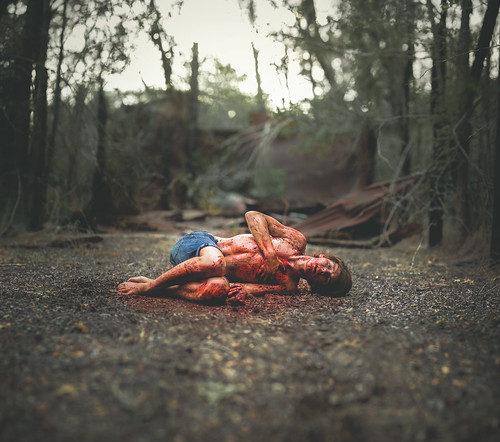 Five Pieces of Evidence Unwittingly Left Behind by Criminals
1. A criminal entering a house through a broken window may leave small pieces of fiber from his clothing on the fragmented glass. These pieces of fiber are invisible to the naked eye but are gathered by trained professionals. The fibers can then be matched against the fiber in a suspect’s clothes.

2. A person committing the crime of hit and run may not realize that tiny fragments of paint can be left on a victim or on the other vehicle. These pieces of paint can then be matched to the suspect’s vehicle to prove he committed the crime.

3. A criminal may think that wiping blood from a crime scene means that it is no longer there, but that is not true. Police investigating a crime scene often spray surfaces with luminal, which will cause any surfaces that have been wiped clean of blood to glow blue. They can then test those surfaces further for any DNA left behind in the blood splattered areas.

4. Another surprising bit evidence left behind by criminals is dirt. A criminal may quite possibly see the dirt without bothering to clean it up, believing it has no evidentiary value. They would be wrong. Dirt contains minerals, pieces of plants, shrubs, rocks and even bugs that are indigenous to certain areas. If a person from one part of the country travels to another part of the country to commit a crime, they may leave traces of dirt and particles that can tie the criminal to a specific area. If a suspect is in custody, the dirt found at the crime scene can be compared to dirt from the suspect’s home to help prove that he had been at the crime scene.

5. A criminal taking the time to wipe away evidence would certainly wipe their fingerprints from a glass or cup that they had used. However, what they may not realize is that their lips on the cup could leave behind saliva carrying their DNA. They also may not think twice about tossing a used cigarette, however, their DNA may be obtained there as well.

Conclusion
Unless a person committing a crime outfits himself in a rubber suit from head to toe, it would be impossible not to leave behind evidence. And as science and technology become more advanced, police officers and law abiding citizens can look forward to the day that unsolved crimes will be a thing of the past.

Jeff Looper is a forensic scientist and guest author at Top Colleges Online, where he contributed to the guide to the top colleges for online forensic science degrees.