Looking for a movie to tickle your funny bone but tired of toilet jokes and rom-com setups? Absurdist comedies may set you right. 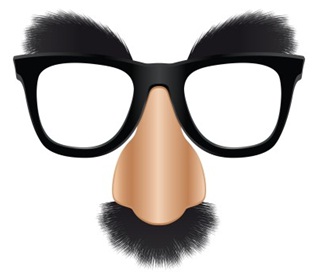 What is absurd comedy? Well, in stories, humans look for meaning: Why did the chicken cross the road? The kiddie joke punch line “to get to the other side” makes sense. It’s logical, and it’s expected. Switch the punch line to something absurd — perhaps Douglas Adams’ answer to everything, “42” — and you’ve still got a joke, but one that overturns the audience’s expectations and glosses the experience with a surrealism that makes us laugh for the joy of the illogical. Absurdism embraces meaninglessness — and absurdist comedy teases us for craving meaning.

Read on for a description of six absurd comedies to amuse you and make you ponder: “What if?” 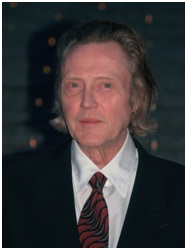 Among the latest DVD releases, “Seven Psychopaths” reigns as one of the best — and bloodiest — absurd comedies in recent years. In it, writer and director Martin McDonagh teams up with box office star Colin Farrell for their first film together since 2008’s “In Bruges.” This time, McDonagh examines the difficulty of generating new ideas for movies in Hollywood. Farrell’s character, Marty, is a screenwriter hoping to pen a movie about seven maniacs, not realizing the true psychopaths are the ones he meets in real life. The film gets its absurdist twinge from Tom Waits’ bunny-stroking villain, Woody Harrelson’s tearful devotion to his lost Shi-Tzu named Bonny, and the lengths to which Marty’s friend Billy goes to be the best buddy ever. Twisting logic on its head while seamlessly integrating the threads of plot is an unflappable Christopher Walken.

Another absurd movie about writing a movie is “Adaptation,” directed by Spike Jonze. In this playful romp through reality and perception, Nicholas Cage plays the movie’s real-life writer, Charlie Kaufman, and Charlie’s fictional twin brother, Donald. Charlie’s task at hand is to adapt a nonfiction book, the real-life “The Orchard Thief,” to screen. Charlie becomes obsessed with the book’s writer, played by Meryl Streep, and her imagined love affair with an eccentric botanist con-man (played by Chris Cooper, who won an Oscar for the role). The juxtaposition of plot elements and the whirlwind of reality mixed with fiction can only be described as absurd.

There can be no list about absurd movies without mentioning Monty Python. The British comedy troupe made their living on absurdity, and “Life of Brian” may be their best example of it. The film introduces Graham Chapman’s Brian, who was born a few stalls down from Jesus in Bethlehem. Brian’s life parallels that of Christ, but in a skewed and satirical way that only the Pythons could dream up. Space ships, gladiators, Roman centurions who correct the grammar in graffiti, and a host of classical Python gags make this film of connected skits a delightful look at contemporary concerns in an ancient setting.

This raunchy bromance might not be everyone’s idea of an absurdist comedy, but, at its heart, “The Hangover” is a story about a group of friends who wake up in an absurd situation. What’s more absurd than a tiger in the bathroom? A baby in the closet? While it loses points for potty humour and Hollywood glam, this film starts out with a great big “What if?”

Mousy, sister-downtrodden, novelty toilet plunger marketer Barry (Adam Sandler) finds a harmonium, love, and himself in this odd comedy from director Paul Thomas Anderson. In a series of missteps, Barry calls a phone-sex hotline for companionship but ends up being the victim of an extortion racket. While trying to dodge the phone-sex operator’s collection men — strangely, brothers — Barry eats enough pudding to earn frequent flyer miles and goes to Hawaii where he connects with his new girlfriend, played by Emily Watson. A gentler absurdity is at play in this movie — the absurdism of banal, repressed Sandler finding a slow happiness. He dances in the supermarket, kicks in glass doors, and carries a landline telephone all the way to Utah.

Existential detectives, an eco-conscious firefighter, a fresh-faced model and a scheming executive at the Huckabees department store struggle in a knotted and sometimes silly plot revolving around Albert (Jason Schwartzmann), a desperately devoted environmentalist who thinks he’s seen an omen. The film’s script loops and dips, pulling brilliant performances from the star-studded cast. Dustin Hoffman and Lily Tomlin are comedic genius as the detectives who, once hired, must follow Albert everywhere to understand how the pieces of his life interconnect. Mark Wahlberg plays the comedy’s straight man, a dead-serious firefighter. Naomi Watts and Jude Law are the film’s power couple (the model and executive), representing the Huckabees everyone hearts.

About the Author: Shalanna Philips is a film buff and book critic from Melbourne. She enjoys walking on the beach, cheering on the Magpies, and splurging on great new DVDs at http://www.dvdland.com.au/.