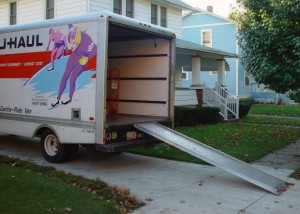 Whether you’ve just been laid off and are looking for a new job, or you’re just looking for a change of scenery, some cities have more opportunities than others. And these opportunities should be carefully considered before choosing a location. Many people flock to large metropolitan areas because jobs are picking up, but the problem is that sometimes there may only be one or two industries booming in the area.

To get a more accurate picture of employment, the human resources firm Adecco Staffing U.S. examined figures given by the Department of Labor to determine which cities had the best employment scenarios. The cost of living, the size of companies offering jobs, the industries in the city and the unemployment rate were all factors in the rankings. Here are the top eight cities for finding a job.

In Bethesda, the unemployment rate is 5.2 percent. Maryland was also ranked #1 for schools in the United States, making it a great relocation destination for anyone with kids. Hiring industries in the area include hospitality, healthcare and construction. Specific jobs in demand include accounting, food service and specialty contractors.

The unemployment rate in Austin is 5.3 percent. The city is known as a great place to live based on diversity and cultural activities. This encourages companies and families to flock to the area. Austin also has many colleges and universities where companies can do recruiting. Healthcare and technology are the biggest industries in Austin. If you do decide to relocate to Austin and your benefits at your new job don’t start right away, consider short-term health insurance in Texas. You don’t want to end up with a huge, expensive medical bill weeks before getting insurance at work.

Jacksonville has a diverse and educated workforce. Unemployment for Jacksonville is at 6.5 percent, still below the national average. Hiring industries in Jacksonville include higher education, healthcare, technology, food service, transportation and government work. Jacksonville has recently seen an increase in manufacturing and financial companies moving to the area.

The unemployment rate in Michigan is 6.6 percent. Many industries in Grand Rapids are hiring — including healthcare, education, technology and engineering. Skilled laborers and information specialists are all in demand as well as those with skills in administration and manufacturing.

Columbus is hiring in the automotive, technology and healthcare industries. The unemployment rate is 6.4 percent. Skilled laborers and those familiar with assembly production are in demand as well as people with administrative skills.

Seattle’s unemployment rate comes in at 5.5 percent. Industries hiring in Seattle include manufacturing, education and health services. Engineers, assemblers and administrators are all in demand.

Industries hiring in Phoenix include leisure and hospitality, construction and financial services. Workers familiar with food and retail distribution, customer service and administration are in high demand. Phoenix’s unemployment rate is at 6.7 percent.

Even though New York has one of the highest costs of living in the U.S., there are many start-ups in New York offering a lot of jobs. These startups draw a skilled and educated workforce to the area, which causes other companies to consider expanding or relocating.

If you’re on the search for a job and have the ability to relocate, you might consider these cities. Look in cities you’re interested in for opportunities prior to moving. Even if your industry isn’t one of the ones listed, when the city is doing well, all areas may have potential for growth.