9/11 Memorial Events around the World
The tragic terrorist attacks on September 11, 2001 not only affected America, but the events of that day shook the entire world.  It set off a chain of events that has irrevocably changed the course of history.  As the world remembers the tragic events of 9/11, memorial events are not only held in cities and towns directly affected by the 9/11 attacks like New York, Washington DC, and Shanksville, Pennsylvania, but in cities and towns all across the world.  Here are just some of memorial events that took place around the globe on the 11th anniversary of 9/11. 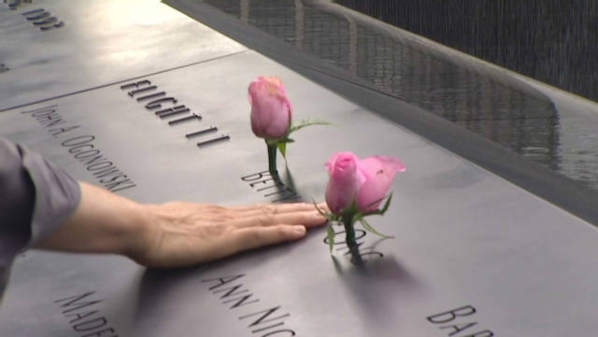 Perhaps the most well known and poignant 9/11 memorial event occurs at ground zero.  Known as the tribute in light, this memorial projects 2 remarkable beams of light 4 miles into the night sky.  These lights represent the twin towers that fell on September 11, 2001, and beautifully pay tribute to those who lost their lives in the tragedy.  These large shafts of light are visible from 60 miles away and shine from dusk on September 11th to dawn on September 12.

On the morning of September 11, family members and the public gather at ground zero to pay their respects and remember the victims.  The ceremony includes a moment of silence at 8:46 AM, when the first plane hit the towers, and a tolling of bells to mark the 2nd impact.  Other portions of the 3 ½ hours remembrance ceremony included reciting the names of the fallen, music, prayers, and tolling bells.

Memorial events in Washington DC commemorate not only the lives lost in the Twin Towers, but those lost in the attack on the Pentagon.  Here, President Barack Obama and first lady Michelle Obama laid floral wreaths and family members remembered their loved ones.  In his speech, President Obama declared that “Our country is safer and our people are resilient.”

As an ally of the United States in the war on terror, Israel holds a special connection with the United States when it comes to 9/11.  A 30 ft bronze sculpture of a waving American flag morphing into a memorial flames stands as a living 9/11 memorial in Arazim valley, Jerusalem,

This living memorial was where hundreds of people, including the U.S. ambassador to Israel Daniel Shapiro, family members of victims, and diplomats from 25 different countries came together on September 11, 2012 to pay tribute to those who lost their lives in the worst terrorist attack in history.

Britain lost more citizens than any other nation except the United States in the 9/11 attacks.  In total, 67 Brits lost their lives on September 11, 2001.   Ceremonies were held throughout the UK, including in Glasgow, Belfast, and Birmingham, but the largest memorial was held at Grosvenor Square and St Paul’s Cathedral in London.

Here relatives of 9/11 victims laid a white rose for their loved ones at the 9/11 memorial garden, which was set up in 2003 as a permanent 9/11 memorial.  Prince Charles, Prime Minister David Cameron, and Louis Susman – US ambassador to the UK – also laid wreaths at the memorial.

In the tiny town of Shanksville, Pennsylvania, a memorial is held every year to remember the victims of United Flight 93, which crashed in a field just outside the tiny bedroom town of 245 residents.  It was here that the passengers of Flight 93 heroically attacked the cockpit where hijackers had taken control of the plane.  This lead to the plane’s crash and the death of all on board, but prevented the plane from hitting its intended target, which is thought to have been the U.S. Capitol building in Washington, DC.  This heroism from the passengers of Flight 93 saved hundreds of lives.

The memorial in Shanksville, Pennsylvania was attended by hundreds of family members and townspeople, as well as United States vice president Joe Biden, who reminded the families of the victims that the heroism of their loved ones would not be forgotten.

9/11 memorial events are not limited to big ceremonies in major cities.  In the city of Amritsar in India, a group of school children held a memorial ceremony for the 9/11 terrorist attacks.  Holding candles and signs like “Beginning of a better country begins with love”, and “Join hands and become peacemakers”, young Indian students paid their respects and remembrance.

This guest post is by Endre R., a social media expert, event manager and online marketer. He is also freelance writer for Ellen Michaels Presents, a San Francisco based event production company. You can follow his latest rants on twitter (@erexkiss), or his personal website www.rexkiss.com.