A Brief History of Pajamas

Everybody has some way that they like to go to bed dressed. For most guys, that just means wearing their underwear, but some like a t-shirt as well. Some people have specific pajamas that they like to wear: they could be full outfits or just a particular shirt and pants. Many people even wear onesies and other specially designed nightwear to keep warm during the cold winter nights. Whatever it is that people wear, everybody knows that they like to be comfortable when they’re sleeping. This is evidenced throughout history and into today’s modern day and age. 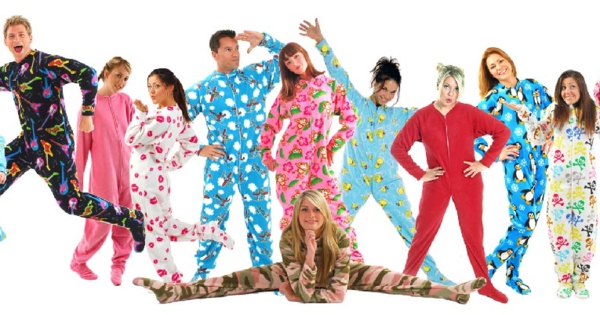 Prior to the Middle Ages

Many people slept naked up until the Middle Ages. That’s because they didn’t have anything comfortable to wear at night until advancements in the textile industry. Once the textile industry advanced, they started producing nightgowns, nightcaps, and other nightwear for people.

The English word “pajama” is derived from Persia. The Persian word “payjama” is translated to mean leg garment in English. The use of the word pajama and the use of the actual clothing worldwide is a direct result of England having a presence in Asia in the 1700s and 1800s. For Englishmen, the word refers to trousers which were tied around one’s waist.

When pajamas were introduced in England in the 1600s, they were used as loungewear rather than their primary function of nightwear. After their hit debut among the people, pajamas fell out of popularity until the mid-1800s when they were brought back by settlers in the western part of the United States.

In today’s society, pajamas are as popular as ever among everybody from babies to toddlers to teenagers to adults. Many men and older boys choose to primarily wear a t-shirt with boxers to bed, or they wear just boxers. Girls are more likely to buy full outfits, sweatpants, or short shorts called sophies. While men don’t generally wear nighttime clothing in public, except for the occasional guy wearing sweatpants, girls use their nightwear to make a fashion statement.

Women particularly enjoy wearing sweatpants and sophies in public to be as comfortable as possible. These are seen as socially acceptable among the younger generations in the world. This is a growing fad, especially in the United States, but many older people find it to be disgraceful and improper as opposed to normal fashion that one might wear during the day. Wearing pajamas in public has grown to the point where celebrities like Rihanna, Jessica Alba, Christopher Walken, Johnny Depp, and Matt Damon have been spotted wearing pajamas.

While some people find pajama wearing in the daytime to be unsophisticated, many people support pajama wearing. FootedPajamas, for example, supports pajama wearing at all occasions at any time during the year.

By DJ Leimgruber Chavez, a pajama expert and one of those who supports wearing pajamas during the day, every day