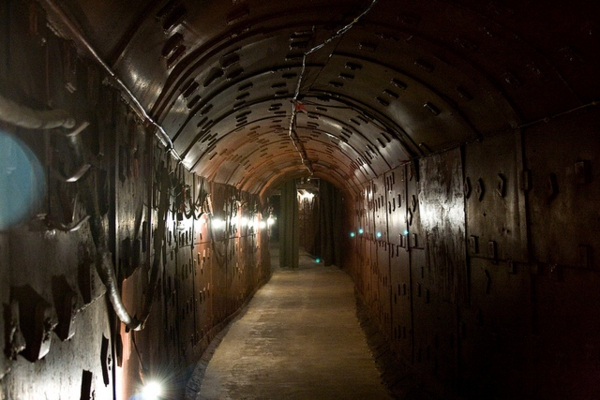 If you fear the oncoming December 2012 doomsday, or are just overly paranoid full stop; you may, at some point, have considered a doomsday bunker to protect you and your family from the horrors that might lie ahead. Safe Rooms were all the rage a few decades ago when people got anxious about their homes being broken into. Fast forward to the present day, and it seems that the public’s notion of impending doom has only increased. Around the world, astronomical fortunes have been spent on building fancy bunkers and underground retreats that could probably withstand a nuclear strike, or mega earthquake.

The average bunker is typically buried at least six feet under the ground. This is done for two reasons. Firstly, the owner would rather avoid his or her neighbour’s finding out that they have such a facility in their back garden. The other reason is purely for safety – burying a facility this far underground partially protects it from radiation in the event of a nuclear war.

The market for underground bunkers is very small. Only a fraction of people have the cash saved away to purchase a self-containing bunker that can keep a person or a family protected for months, or years. A very basic bunker will set the buyer back around £25,000, and if you want to have all the bells and whistles you can spend several million dollars on your underground dwelling.

There are other methods, however, if you want to create your own shelter. Some people have invested in old missile silos and converted them into homes underground. Again, this costs quite a lot of money, and the skills and capacity to convert a sizeable structure. However, it also means that you are basically already protected and all you have to do is build in the things that you find necessary in order to function properly in case that you actually have to use it.

One of the most extreme, and pretty perverse, examples is taking place within an abandoned missile silo in Kansas. While it’s yet to be completed, the luxury bunker will cater for 70 people and boasts an indoor farm of fish and veg that will provide for as long as is necessary. What’s more, if keeping yourself occupied for however long is concern, then you’ll be impressed to find out that there’s a swimming pool and even massive TV’s that offer you views of picturesque settings. Forget nabbing one of your own though, because each of the $2 million underground apartments have been snapped up.

Some companies, especially in the United States, have started developing projects where they convert the missile silos and then sell underground condos to wealthy customers. Some of these condos will cost over 1 million dollars whilst others can be a bit more affordable, i.e. the price of a fairly sizeable villa or a luxury apartment in a major city.

Is it worth it?

Many people who actually buy or build these underground bunkers cite different reasons for actually doing so. Some of them are scared of a pending apocalypse, predicted by some religious person or even an ancient calendar that few people understand and take seriously. Others are afraid that massive hurricanes, storms, tsunamis and other weather phenomena will eventually make the surface uninhabitable. The last category consists of people that are afraid of a nuclear war. With several different countries having nuclear bombs it seems inevitable that at least one of them will use one or two in the future. This might actually be the main concern for most people and the reason why this market began in the 1950’s and 60’s during the height of the cold war.

A lot of the people who own bunkers or these types of facilities do not want to admit it or let others know. It is highly likely that several famous and rich people around the world have some sort of bunker ready in case all hell breaks loose. But in order to not seem insane and save face they do not publically express these purchases or opinions and keep it to themselves just to be on the safe side.

Contributed by Policy Expert home insurance; keeping you covered right up until the end of the world.