Posted in Education
Author: Editor  Published Date: July 20, 2012  Leave a Comment on A Doctor’s Story About Community Health In Kenya

Community health is something I always had a lot of interest in. I had studied a few of the units that make up Community Health, and I have to admit that I had a soft spot for them. That is why when the opportunity arose, I grabbed it without thinking twice. Perhaps I should have considered life away from home, but even then the kind of experience I had was worth every cent and every moment of it was memorable. 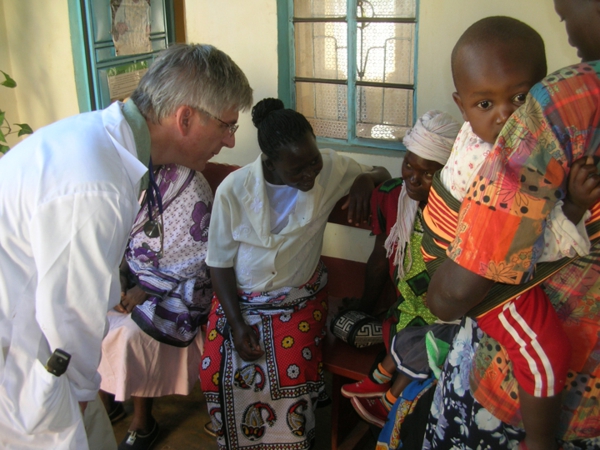 I somehow found myself in Kenya, sharing a community health class with fourth year medical students. The first few weeks were full of lectures, some interesting and others otherwise. After the lectures came to a close, we were paired. Interestingly, my cluster mate happened to be a beautiful Kenyan girl with Indian descent. We got to bond and to know each other, for we were going to be out in the field with her for quite a while.

In small groups we were able to formulate the objectives of what we were going to achieve while in the community. The whole idea was that we could do community diagnosis, which basically meant that we would go into the community and attempt to find out what diseases they were suffering from. We then developed a set of questions, which cut across demography, morbidity, social-economic status and maternal and child health sectors.  We then merged the questions into one questionnaire which we pre-tested before the final administration.

The most interesting bit was the fieldwork. We boarded the university bus, and for a whole three weeks we camped in the village, collecting data. During the day we would walk from one homestead to another, and during the night we would light a fire, bond and eat around the fire. A few people would welcome us to spend nights at their place, and it was a good time to interact with the natives. They turned out to be very hospitable people. Afterwards we went back to the university, where we analyzed the data using statistical software. The information we got was quite interesting. We found out that Pneumonia was the most common illness in the community, followed closely by upper respiratory tract infections, diarrhea and malaria. There were a few chronic illnesses.

We sought to establish the knowledge, attitude and practices of the community with regard to maladies. We also went back to the community to give feedback to the people. We actually did a lot of community education, where we enlightened them on some of the measures they can take to prevent diseases. On the same day we had a free medical camp, where we treated hundreds of patients. There were a few qualified doctors with us. They handled those cases which were beyond us, as well as those who required referrals. This was one awesome day.

We eventually had to compile a report encompassing our findings. It was done according to the set standards, with strict adherence to the formats stipulated by the lecturers. By the time we were done, it was almost time to go home. I was at a loss. I had a wonderful time, and I had made many new friends. It was so hard to leave this medical school and head back home, for I had gotten accustomed to life in the East African Country.

The post has been offered by Josh Elliot who spend 6 months working in Kenya. For a similar experience in the developing world, Josh recommends Work The World electives, who offer custom healthcare internships in Africa, Asia and South America.