Long gone are the times when a railway station was simply a place to catch a train, now many are bustling hubs of activity with a variety of vendors on site. Kings Cross Station is one of the biggest train stations in London and has plenty to attract both tourists and locals.

The basic facts
Lying in the north part of central London, Kings Cross acts as the southern terminus for one of the most important links in the country, the East Coast Main Line. This provides services to commuter areas such as Cambridgeshire, Hertfordshire and Bedfordshire as well as long distance trains to Edinburgh, Leeds and Newcastle. If you wish to travel via rental car, there are a range of rental car companies who offer their service from Kings Cross Station.

Just to the west of Kings Cross is another major station, St Pancras, and the two share a tube station, the biggest interchange across the entire London network.

Kings Cross Station also has strong links to Boudica, the Warrior Queen. The area is believed to have been the site of a major battle and legend has it that Boudica herself is buried under the station, approximately under platform 9. Her ghost has been reported as having been seen in some of the passages in the station.

Since the original building in 1852, there have been a number of extensions and additions, creating the sprawling station that Kings Cross is known as being today. 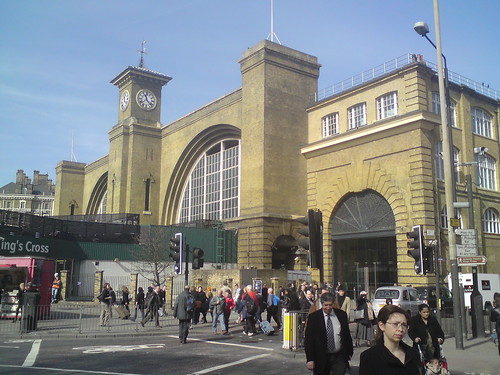 Renovation
A major project costing £500 million was announced by Network Rail in 2005 to scrap some of the previous shabby extensions and create a new glazed roof as well as an open air concourse.

The core building is a grand grade 1 listed structure, which suffered minor damage in World War II. Architects and builders working on the renovation have repaired the gap, and for the first time in 150 years the full glory of the original facade will be there for all to see. English Heritage are also working in tandem on the project to ensure the integrity is preserved throughout.

Much of the renovation is now complete, with the final phase due to open in 2013.

The new concourse is the station opened in March 2012, the biggest single span structure in Europe. The arched roof has been glazed to create a light and airy space to contrast with the original stonework in the main station. The new building is semi circular in shape and has the capacity to cater for a much greater number of passengers, as well as offering an unrivalled choice in retail outlets and eateries.

The final part of the revamp is due for completion after the Olympics. It will see a new public square created, far eclipsing the size of Leicester Square. This plaza will allow the full original structure to be seen for the first time in 150 years, a perfect fusion between the future and the past. 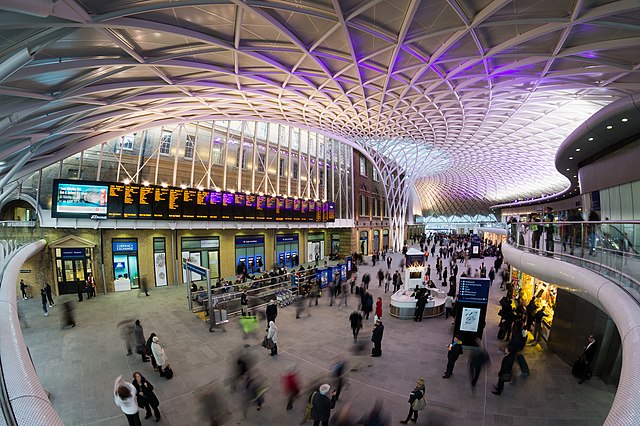 Harry Potter
But despite the railway’s station magnificent opulence and historical passages, for some people the attraction is the fact that Kings Cross Station features prominently in the seven Harry Potter books by J K Rowling.

The fictional Hogwarts Express leaves from platform 9 ¾ and in the books, is accessed by flinging yourself and your trolley at a seemingly solid brick wall between platforms 9 and 10. For some time, there was a sculpture created in homage to Harry Potter, showing the back end of a trolley disappearing through the wall. Fans queued at Kings Cross to have their photo taken next to it but due to congestion difficulties, it has since been removed.

Conclusion
Kings Cross Station has been standing for more than 150 years in one form or another and its towering walls have seen many joyful hello’s and tearful goodbyes. Why not use the Owners Direct accommodation service to find a local apartment to Kings Cross? Its new look has revolutionised the station and is in keeping with the redevelopment of the surrounding area. Who knows what the next 150 years might hold?