Posted in Lifestyle
Author: Editor  Published Date: July 22, 2012  Leave a Comment on A List Of Best Humanitarian Authors And A Little Bit About Them

A humanitarian is a person who brings human welfare and social reform to the forefront. Authors have opportunities to help move minds and make change through their words. Prose is a powerful tool. Take a look at some writers you use their words and deeds to help others. 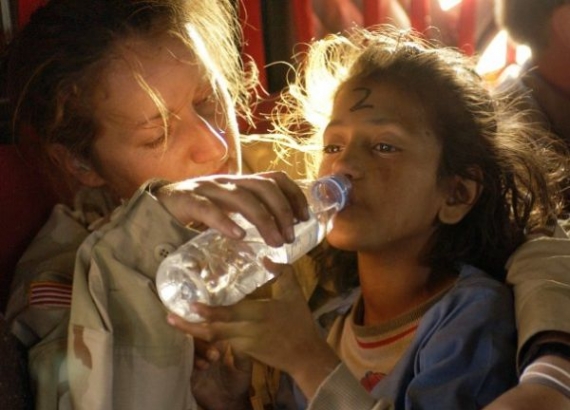 Greg Mortenson is the American writer who penned the NY Times Bestselling book Three Cups of Tea. He is also the founder of the international charity Pennies for Peace, which promotes education around the world “one penny at a time.” In 2010, Mortenson became a Freedom Award recipient.

Humanitarian efforts are the subject of the Mortenson’s books. He focuses on promoting peace through building schools and enhancing education in war torn countries. His nonfiction piece Stones into Schools: Promoting Peace with Books, Not Bombs in Afgahanistan and Pakistan was on the NY Time Bestsellers, as well.

Mortenson’s work has not been without criticism, however. In 2011, an investigation began to look closer at the misuse of funds in his charity.

Oprah is a name that most people recognize. She is an Academy-Award nominated actor for her role in the film adaptation of Alice Walker’s The Color Purple. Well known for her long running talk show, Winfrey is the co-author of five books and publisher of what Forbes calls one of the most successful start-up magazines in history, O.

Oprah is an outspoken supporter of humanitarian efforts all over the world. Her Angel Network labors in conjunction with agencies such as Habitat for Humanity and UNICEF to combat the problems brought by poverty and disease in developing countries. Winfrey’s Network submitted more than 80,000,000 dollars to charity and projects around the world. To defer some of the cost, she paid for all the administrative services herself. This secured any funding donated to the organization for charity.

Winfrey’s good works are not limited to other nations. She brought over $11 million dollars in funding donations to the Hurricane Katrina victims and gave $10 million dollars of her own money to the effort. She provided grants that allowed 250 African-American men from that area to continue their education despite the devastation to their homes.

In 2005, Business Week named Oprah Winfrey as one of America’s 50 most generous humanitarians (in case you didn’t know a humanitarian is someone who provides services that better this world like landmine clearance) and philanthropists. The magazine estimated she was responsible for over $303 million dollars going to charity.

She started her career as a stand-up comedian, but today is one of the most recognized names in daytime television. DeGeneres has published three books about her life adventures including My Point … And Do I Have One and The Funny Thing Is.

DeGeneres is a prominent figure is the fight for same sex marriage and gay rights. She is an active supporter of animal rights, as well. DeGeneres works with The Humane Society, the American Wild Horse Preservation Campaign and the Society for Animal Protective Services to improve treatment of animals all over the world.

After Hurricane Katrina ravaged New Orleans and the surrounding area, DeGeneres became a participant in the relief effort. She worked with The Small Change Campaign, Idol Gives Back and the ONE to provide funding to help rebuild.

Words come from the mind, but humanitarian efforts come from the heart. All over the world, people and animals suffer needlessly due to poverty and escalating political problems. From hurricane relief to advancing education, writers such as these bring reform to light.

This article was written by Alyssa Jacobs. In her spare time Alyssa enjoys guest blogging on a multitude of projects, including things like philosophy as well as humanitarian issues.