Autism is a pervasive developmental disorder that affects behavior, sensory processing, empathy, and learning. Today, autism generally refers to a group of disorders including Kanner’s autism, Asperger syndrome, Rett syndrome, pervasive developmental disorder-not otherwise specified, or PDD-NOS, and childhood disintegrative disorder. While levels of disability vary among autistics, the same signs and symptoms define the disorder in many individuals.

Onset and Communication Problems
Children with Kanner’s autism may develop normally before regressing as toddlers; most don’t start speaking until later than other children. The speech of individuals with Kanner’s autism may include mimicry and reptition. Kids with Asperger syndrome often speak earlier than their peers, but communication is often stilted and expressed with a monotone. Rett syndrome causes a severe loss of communication skills in the early toddler stage, and childhood disintegrative disorder causes severe loss of communication and other abilities over the course of a few months at age three or four. 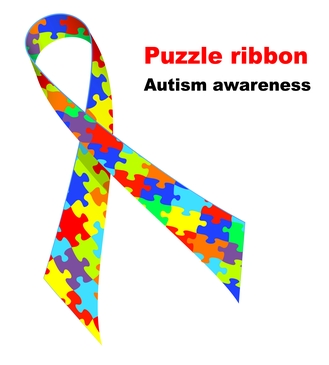 Sensory Processing Issues
Although hypersensitivity to stimuli is frequently associated with autism, some autistics are hyposensitive to levels of stimulation that would bother many people. To reduce stress in busy environments, many autistics self-stimulate by engaging in calming behaviors, such as hand flapping, teeth grinding, tapping and rocking. Stereotypical behaviors are common; these can include a variety of repetitive actions that serve no apparent external purpose.

Interactions with Others
People with severe autism may not acknowledge the presence of others or their attempts to communicate with them, but those with high-functioning autism or Asperger syndrome may only have difficulty making eye contact, reading body language and understanding the motives and feelings of others.

Prognosis
Severe cases of Kanner’s autism often prevent patients from reaching independence as adults, but with social skills training, some are unusually successful. While those with Kanner autism usually display higher spatial intelligence, individuals with Asperger’s often score higher on tests of verbal ability. As a result, people with Asperger syndrome are generally better at communicating and are more likely to become independent with support. Rett Syndrome and Childhood Disintegrative Disorder tend to cause more severe levels of disability and often require lifelong support at home or an institution.

Co-Morbid Disorders
Autism frequently co-occurs with a number of other neurological and psychiatric problems. Epilepsy, bipolar disorder, Tourette Syndrome and attention deficit disorder are all more common in people with autism. These issues play major roles in prognosis.

Today, autism is considered a spectrum of disorders by many researchers. While the same core symptoms occur throughout the population afflicted by these disorders, severity and presentation varies widely. With rehabilitation and support, many autistics today are able to enjoy a rewarding life with its own unique challenges.

David Benie has become a very vocal voice in his neighbourhood, since his son was diagnosed with Autism. He has found some of the best help for his son at CBI Monarch House Autism Centre 3185 Willingdon Green Burnaby, BC V5G 4P3? (604) 205-9204