Any discussion of American wars must begin in colonial times. During the 1600s and early 1700s, the colonists fought a series of localized conflicts that allowed them to consolidate their landholdings along the eastern coast of North America. Most of these conflicts were quite barbaric, and many of them ended with the Indians themselves being forced to move west of the Appalachian Mountains. By the 1740s, the English colonists controlled the area east of the Appalachians. The French controlled the middle part of North America, including the Great Lakes and the Mississippi Valley region. 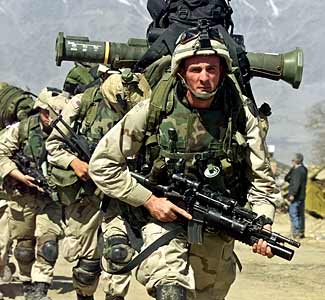 The French and Indian War, which was the first great war ever fought in North America, pitted the French and their Indian allies against the American colonists, who were backed by British regulars. Through a series of victories in New England and the Great Lakes region, the French were defeated. They effectively ceded their land claims to the English.

The American Revolution was the classic war for independence. Through a series of defensive maneuvers, George Washington’s colonial militia was able to fight the British to a draw for several years. After winning two big victories at Saratoga and Yorktown, the Americans won the right to govern themselves through the years ahead.

The War of 1812, which is a forgotten conflict these days, was mainly fought to ward off the transgressions of the British navy, which had begun to impress American sailors into its service for use against Napoleon in Europe. After Andrew Jackson won the Battle of New Orleans in 1815, hostilities ended with no real gains on either side.

Near the middle of the nineteenth century, the Polk administration began to look southward for more territory that could be easily added to the growing nation. After a trumped-up incident on the border with Mexico, American troops invaded the country, eventually reaching Mexico City less than two years later. Mexico was forced to give up half of its territory, which afterwards become the southwestern region of the United States.

The crossroads of American history was undoubtedly the Civil War era. A sectional conflict fought over four years, the war ended with 600,000 American soldiers dead and slavery abolished. The twin Union victories at Gettysburg and Vicksburg in the summer of 1863 are often cited as the true turning points, though hostilities did not officially end until the surrender of Robert E. Lee’s Confederate army at Appomattox in 1865.

This splendid little war of William McKinley is mainly remembered for the rise of Theodore Roosevelt. Military operations themselves were over in a matter of months, and the United States, by way of overseas acquisitions, officially became a worldwide empire.

The twentieth century was truly the era of immense global conflict. Initially known as the war to end all wars, World War I quickly turned into an affair of attrition. The trench lines in some instances moved only a few miles in three years. The United States entered the conflict in 1917 and provided just enough extra manpower to force the surrender of Germany and her allies the following year.

World War II, which began for the Americans at Pearl Harbor, saw large armies fighting across the globe. The United States fought against Germany and Japan at the same time, eventually ending the war with the dropping of the first two atomic bombs in 1945.

The war in Korea, seen as unnecessary by some experts, saw the United States and their South Korean allies stemming the flow of communism that was coming from the north. The war ended not with a treaty but with an armistice, and military units from both sides remain on the Korean peninsula to this day.

Similar to Korea, the Vietnam War was a conflict designed to prevent this key Southeast Asian country from becoming communist. Though the war stretched on in the jungle for years, the American forces eventually pulled out in the early 1970s. Though the era of global wars was ending, the United States would go on to fight coalition affairs in Kuwait, Iraq, Afghanistan, and elsewhere.

This article was written by Jet Russell. In his spare time jet likes to contribute on a number of different topics inluding things like humanitarian subjects and business.