Posted in Lifestyle
Author: Editor  Published Date: July 19, 2012  Leave a Comment on All About Parasols

Parasols … they seem to be everywhere now, springing up at the hint of a ray of sunshine in gardens, beaches, pub beer gardens and on people’s balconies. But they are not new and these modern sun shades are based on a simple design going back thousands of years. With retro fashion being the ‘in thing’ even the humble personal parasol is making a comeback and is being seen as a must-have spring and summer accessory is some parts of the world. Additionally parasols can be purchased to protect your child from the effects of the sun, with many even being specially designed to fit with baby strollers and buggies like the Petite Star Zia Stroller range. 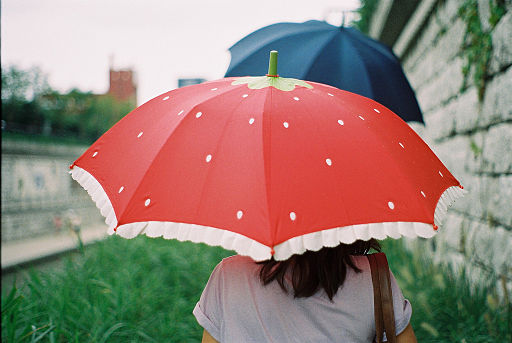 There are illustrations and sculptures of parasols in the Middle East, Asia and Far East going back to about 1200BC. The parasols were made out of palm leaves, bamboo, feathers and paper and they were an indication of the owners’ standing in society. In places like Egypt it wasn’t fashionable to be tanned so the nobility used parasols to protect their skin from the sun’s rays and in Assyria the king was the only person allowed to be sheltered by a parasol. This status originates from the fact that it is assumed that the common man would be working and toiling the fields, and therefore have much darker complexion that somebody who could afford to stay out of the sun. Of course the nobility did not carry the parasols themselves either – that was left to their servants..

Thanks to the old trading routes, the parasol eventually turned up in Europe and as the centuries rolled by it became a fashion accessory as well as useful protection against the sun. People began to hold the parasol themselves rather than relying on the hired hands to carry out the task. Although of simple design, the parasol was still associated with the upper classes and by the 18th Century it had become an essential part of every fashionable lady’s wardrobe and had to match outfits as things like shoes and handbags do nowadays. These simple parasols were not only used to protect the skin from the sun, they were also used for two entirely opposite purposes – as a way to flirt and to fend off unwanted admirers.

The personal parasol had more or less had its day by the start of the 20th Century. The umbrella began to take over and the growing popularity of picking up a suntan led to its demise. With the beginning of the 20th Century, the days of the parasol were numbered. In recent times however there has been an increase in the number of women in parts of Europe carrying parasols and they are currently making a comeback in Japan. Japanese women, like much of Asia has never really followed the tanning craze and their culture has always made fair skin and protection against the sun a priority. Black parasols have become the ‘in’ colour to tie in with retro fashions which are also currently popular, replacing the lacy pink or white fabrics that were traditionally used.

If you’re looking for a Petite Star Zia Stroller or a parasol accessory to match, head over to Baby Pages’ wonderful online store.