Posted in Cars
Author: Editor  Published Date: October 29, 2012  Leave a Comment on All You Wanted To Know About Hybrids

Many persons have heard the term hybrid used but are not really sure of what it means. The following content attempts to clear up any confusion. Hybrid cars use two or more sources of power. In other words a hybrid car may use both an internal combustion engine and a high voltage battery. Also some hybrids are powered by more unique sources of power such as liquid nitrogen and solar power. The hybrid type of automobile has become quite popular over the past several years because of its positive impact on the environment. The idea of using less and less in fossil fuels is becoming more and more attractive as prices continue to increase with respect to gasoline. 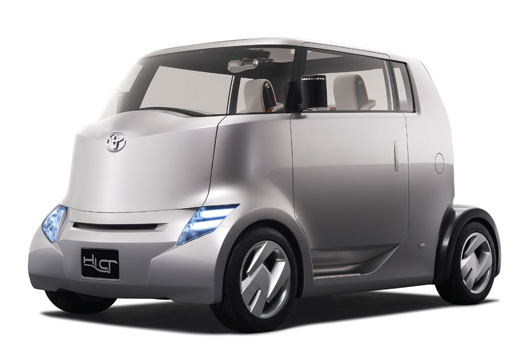 Why you should buy a Hybrid Automobile
Naturally the best reason to purchase a hybrid type car is its friendliness with regard to the environment. As cars evolve with the goal to use less and less in fossil fuels; hybrid automobiles will become less expensive. Certainly lower pollutants and a cleaner driving experience is certain to be positive factors in your decision as to whether or not to purchase a hybrid automobile
Many well-known automotive manufacturers are getting on board as far as producing hybrid automobiles. The manufacture of hybrid automobiles is continually growing. Consumers are recognizing that driving a hybrid is not only environmentally beneficial it is also useful for their own purposes. Certain hybrids recently launched have performed well from a sales standpoint and the sales figures are still growing by leaps and bounds.

Again the biggest benefit of purchasing a hybrid automobile is its positive effect on the environment. The traditional auto is well-known for causing pollution and releasing gases into the environment that are considered harmful. The hybrid car offers low emissions, in comparison. You can plug a hybrid into an electrical system using the electricity as its primary source of power. The less popular internal combustion engine can be used as a backup system.

The cost of crude oil has escalated to a near price-prohibitive point due to the increasing demand of it and its restrictive supply. This has resulted in gasoline as well as the by-products of crude becoming a great deal more costly. The gasoline prices have continued to increase during the last decade; and during this time alternative power sources, as a result, have become popular.

The hybrid is very efficient from the standpoint of performance.
Consider the fact when driving an internal combustion engine type car that when you have to idle regularly within a metropolitan, high-traffic area, you not only waste a great deal of gasoline, you also pollute the air. You can use the electrical engine of a hybrid in town. However, you can effectively use that same troublesome internal combustion engine for open road driving which is also supplied by the hybrid; when you are driving at a good speed; not needing to brake regularly. So the car supplies the engine appropriate for the type of driving which you are involved. In other words, you may make use of the electrical system of the car when driving more slowing in metro traffic and then change over to the combustion engine when it comes to driving on the open road. Certainly, the two types of engines easily give the hybrid the advantage over their gasoline engine only competitors.

The government has even become involved in promoting the hybrid automobile. In the United States you are given a tax credit in accord with the American Clean Energy and Security Act of 2009 if you own a hybrid automobile. Also, persons who drive hybrid automobiles receive use of otherwise restricted driving lanes in certain parts of North America and Europe.

The hybrid is part of an evolving future in using alternative sources of energy for everyday living. The idea that future is now is an attractive feature of the hybrid for many automotive consumers. Andrew has been planning on buying a hybrid in 2013 as a long-term investment. With proper driving habits and regular auto body repair a hybrid should be able to pay itself off in gas savings.