Is there any surprise that after the mass shootings in Colorado, Wisconsin and New York that gun sales have been climbing through the roof? Less than a week after the Colorado shooting, there was a 41% increase in their sales. These numbers are not only climbing in Colorado, but all throughout the country. Online sales have seen steady gains as well, as much as 15% for some online retailers.

This actually has managed to surprise a few, specifically those who have used these events to highlight the need for gun reform. But for many, these events have simply highlighted a deeper urge for protection. 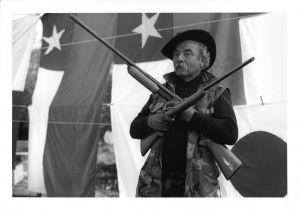 Reason For Recent Rise In Gun Sales
There are two main reasons for the jump in gun sales recently. One is that people are afraid that their rights to own a gun will be infringed upon, making it more difficult, or even impossible, to purchase them in the future. The second is that after hearing of the horrific events occurring, the innate desire to be safe cannot help but be satisfied.

Many of the people purchasing guns recently are women, and especially mothers buying small guns for self and home defense. This becomes a bit perplexing when you consider that most weapons either stay in a person’s home, or within their vehicle. It is rarely found on the person who owns the gun, save for the few people who actually have concealed weapons licenses.

Simple Confusion
The point that gun reformers continually make is that if stricter gun laws were in place, these tragedies would no longer occur, or rather, they wouldn’t occur on the scale that they currently do. But it is confusing as to how people can believe that it is the guns themselves that kill people. As though they’ve forgotten that there must be a finger behind the trigger to make it operate. The simple fact is people kill people, not guns. If it weren’t a firearm, it would be some other nefarious device chosen to cause mayhem and terror.

The second part to what seems to be forgotten is that our right to bear arms did not originate as a means to protect us from our neighbors, nor a foreign force. It was solely implemented to protect us from our own government. This was because the founding fathers understood that all power eventually becomes corrupt in some fashion, and to keep that power in check, or to remove that power all together, meant we needed the means to do so, hence… the right to bear arms.

It was Benjamin Franklin who once stated that, “They who can give up essential liberty to obtain a little temporary safety, deserve neither liberty nor safety.” This single quote embodies the heart of the debate on stricter gun laws. It goes without saying that guns, in general, can certainly be used with evil purposes in mind. But that does not make the gun evil.

Contrived Questions
There is the debate whether if a person who had a concealed weapons license would have been able to help in either of the two recent mass shootings. Would that person have been able to stop them essentially? What could one person with a pistol do against the firepower the criminals possessed? Well rather than play out the “what if” scenario, I would ask a different question. If you were in need of help, as the people in both the theatre and temple obviously were, would you not accept any help provided?

Just because there are evil people in this world, does not make what they listen to, purchase, or consume evil. Those factors are outside the person, and when searching for answers as to why some horrific event occurred, we quickly latch onto any reason that comes to the forefront of our mind with little thought given beyond that. Oh they listened to Led Zeplin, or Rap, or play violent video games, or read violent books, so therefor there’s no wonder why they do the things they did.

Lets Not Have To Start Over

People know right from wrong, it’s innate and for the most part undeniable. Nothing can convince you that killing is ok. That conclusion has to come about through your own logic and reasoning. So next time someone argues that guns are somehow wrong, and people shouldn’t be allowed to own them. Simply state that guns don’t kill people, and that without those guns, one day you may not even have the right to say what you think. Then where would we be? We would be back to acquiring guns, so that we could once again be heard.

The author of this article is Damien S. Wilhelmi, a blogging bastion of patriotism, and bulwark for individual rights. If you enjoyed this article, you can follow me on twitter @FacePalmLaw. Be sure to follow the link if you are seeking an experienced Denver Medical Malpractice Lawyer.