Usually, when you think of a hate crime it involves a person harming a member of a social group that has historically been the target of prejudice and institutional discrimination. We often don’t hear about acts of hate being committed by members of the same religious group. This is probably one of the reasons why hearing about an Amish sect leader ordering his followers to act violently towards members of a rival Amish sect has grabbed national headlines. The Amish are known for living quiet lives outside of mainstream America so hearing about an act of hate being committed within the community caused quite a sensation.

Samuel J. Mullet, Sr., a bishop of an Ohio Amish sect, was accused of ordering 15 of his followers to cut off the hair and beards of 9 Amish people of rival sects last fall. The defendants charged with hate crimes are comprised of Mullet as well as 6 women and 9 other men. Mullet’s followers invaded homes and forcibly held down the men and women of the rival sects as they cut their hair and beards in five separate attacks. The defendants used battery-powered razors, shears, and scissors to cut the victims’ hair.

Amish believe their hair and beards are symbols of righteousness and do not cut them after marriage. It is considered a central part of their physical and religious identity. Committing this type of hair-cutting act against members of the Amish community is considered particularly heinous and offensive. Mullet was not an active participate in any of the violent acts but federal authorities stated that he came up with the plan and ordered others to execute the attacks.

Federal prosecutors said Mullet’s motivation was to humiliate individuals Mullet perceived to be his enemies after they left his sect and joined other neighboring settlements. The violence escalated an ongoing feud that existed between Mullet and other bishops who accepted the sect members Mullet excommunicated.

Federal prosecutors charged Mullet and the other defendants with violating a 2009 federal hate-crimes law because the actions of Mullet and his followers were due to religious differences with the victims. The Matthew Shepard Hate Crimes Prevention Act makes it illegal to intentionally cause bodily injury with a dangerous weapon to a person because of his or her religion.

Mullet was also charged with lying to federal agents while being questioned during the criminal investigation. Additional charges against the defendants included trying to destroy incriminating evidence such as shears, a bag of hair and a disposable camera used to take pictures of the victims. 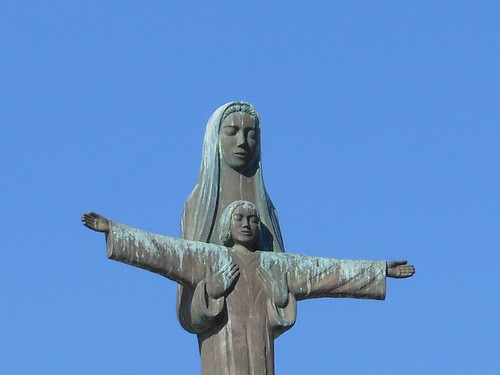 The defense attorneys for Mullet and the other defendants chose not to dispute the accounts of what occurred. Instead, the defense attorneys tried to challenge whether the actions should be labeled as religiously motivated hate crimes. The defendants claim the events transpired because of disputes about family and money not religion. They also argued that cutting a person’s hair or beard does not constitute bodily injury.

Mullet and the 15 followers were found guilty of hate crimes, obstruction of justice and conspiracy in a federal court in Cleveland, Ohio. Edward G. Bryan, Mullet’s lawyer, said he will appeal the conviction based on the federal hate-crimes law being misapplied. Each of the defendants could get a prison term of at least 210 months, according to federal sentencing guidelines. The sentencing hearing is scheduled for January 24, 2013.