Advances in architecture have resulted in the construction of amazing structures, such as skyscrapers and bridges, that can only be called miraculous feats of engineering. Even though they, too, will find their place in history, the true marvels are those structures that were built without modern day advancements and equipment. These are the sights that continue to captivate our attention and take our breath away. Below are just a few of these archaeological wonders of the world. 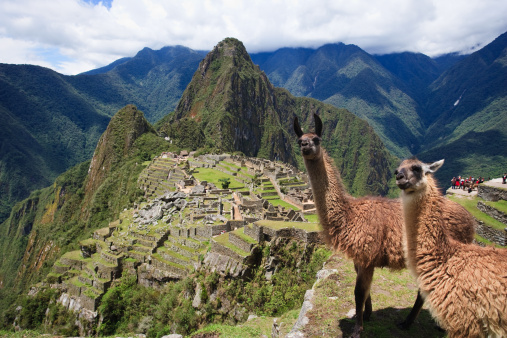 According to carbon dating analysis, Newgrange was built in approximately 3200 B.C., which makes it 5,000 years old. It is about one thousand years older than Stonehenge and over 500 years older than Egypt’s Great Pyramid of Giza. So, exactly what is Newgrange?

Located in County Meath, Ireland, Newgrange is a huge circular mound that is 249 feet across and 39 feet high, and covers over an acre of ground. The outside has a retaining wall and is ringed by a type of kerb stone which is engraved with abstract Neolithic art. The inside of Newgrange has a chambered passageway that extends inwardly about 60 feet into a large central chamber, which then leads to three smaller chambers. There is no real consensus about the original function of Newgrange, though some speculate that it was used for religious purposes before being sealed off for millennia.

Located in Alexandria, Egypt, the Catacombs of Kom el Shoqafa are a multi-leveled necropolis that consists of a series of catacombs, pillars, wall carvings and sculptures. Dating back to approximately 2 A.D., this expansive burial chamber was used for funeral services and banquets until about 4 A.D. It was only rediscovered by accident when in 1900, a donkey fell into the access shaft.

Borobudur Temple is a Mahayana Buddhist Temple from the 9th-century. Located in Central Java, Indonesia, this temple boasts over 500 statues of Buddha and is decorated with over 2,600 relief panels. Built as a Buddhist pilgrimage location, as well as a shrine to Buddha, the foundation alone is approximately 387 feet on each side. It has a step pyramid design, and its building structure was made from andesite stones. All 72,000 cubic yards of the stone was cut, relocated to the site and laid without the use of mortar. The size and complexity of these temple structures can only be fully appreciated when viewed personally; no photos can beat the real deal.

There are many archaeological wonders of the world, and that list continues to grow with each new advancement in engineering and architecture, as well as with each new world discovery made. Whether natural or man-made, this world seems to have endless surplus of amazing displays.

About the Author: Anita is a lifestyle guru, fashion enthusiast, self-claimed health expert and a writer. Follow her on Twitter or Google+.