Posted in Entertainment
Author: Editor  Published Date: September 24, 2012  Leave a Comment on Are Guest Lists The Only Way To Get Into Nightclubs 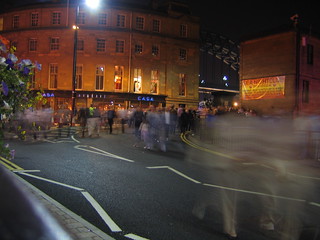 Going to nightclubs can be very expensive, particularly in London. The experience can also be very frustrating, particularly if you arrive in a large group to find yourself faced with a long line, and bouncers that want to break you up before you can all go into the club. One of the more unfortunate realities of going out in a large city, difficulties in getting into a nightclub can be reduced by investigating guest lists for easier entry. Guest lists represent just one way to get into nightclubs, but are much cheaper than the alternatives, which include table bookings and hiring out a venue for a party. At the same time, it’s worth remembering some general trips for improving your chances of not being kept out of a club.

Guest lists are set up by promotional companies, who make a priority list for people wanting to visit a specific club, or a club night. You can sign up online for limited lists, which are then passed on to clubs. Groups arriving at the club can check their name off the list and be guaranteed entry, assuming that they’ve followed the dress code and have ID, or aren’t too drunk to get into the club.

The guest list works as a way of speeding up the process of getting into a club, but still means that those on it have to pay the door price when they arrive at the club. In this way, a guest list works best for a large party of people that want to avoid any problems with getting into their club of choice. In some cases, the cost of the club can be reduced by signing on for special nights that have generally reduced prices.

Signing up for a guest list means that you have more of a chance of getting through a queue and into a club. However, you can guarantee a night in the club, and lots of extras, for a large fee. Tables are sold in clubs for the night, with a group paying around £500 to £1000 for ten to twenty people. You typically receive an excellent spot near the dance floor, and a waitress to handle drinks at your table, as well as options for a drinks tab. While more expensive, this is often a good idea for a party where people pay per head before the night out. Table bookings also mean that you can skip the queue outside.

An even more ambitious option for getting into a club involves booking out the whole venue for the night. This is typically the best option for a corporate event, where hundreds of people can pay per head, or a company can foot the bill. The result is the chance to enjoy a party in a venue, with a bar and DJ services. Many clubs offer this kind of service outside of the peak hours of Friday to Sunday.

If you want to increase your chances of getting into a club, try to avoid all male groups, which bouncers tend to discourage. Similarly, look at a dress code for a club before trying to get in, and aim to arrive before 11pm, as some guest lists will be discarded at midnight.

Patrick Hegarty is a avid clubber and writes about nighclubs and the nightlife in the UK. For more information about guest lists in London, he recommends Xclusive Touch where you can find some of the best night club events around.