Humans cannot expect their dogs to think of them as pack leaders, unless they are constant and consistent with their rules. Actually dogs thrive on structure and order; they will lean toward the strongest personality in their life. If the human tends to be an elderly passive or a child, which is timid or shy the dog will take on the role of leader. Your dog should never sense any weakness in your authority, this could leave them wondering who is leader of the pack, therefore making them feel insecure. 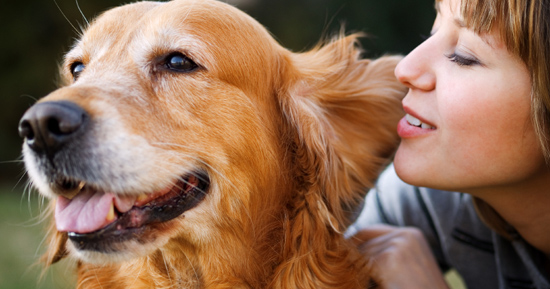 The Canine Pack Leader
A canine pack leader will take over the leadership role, making all the decisions in order to save their pack, this is an inbreed instinct; their pack may be either canine or human. In an actual pack the leader and followers feel safe when being led by an alpha member. When humans make the mistake of allowing their dog to run the house, it will become stressful not only to the dog but to their owners as well.
You can be a pack leader with a submissive dog, without the dog losing the instinct to be a good guard dog. It is a known fact that even the followers in the pack will step up to protect their home and rest of the pack, when danger arises.
Discourage Aggressive Behavior
If you allow your dog to be aggressive about such things as, who can touch their toys, food or sit in their favorite spot, they will eventually take over as pack leader. Dogs should never be allowed to snap, growl or bark at visitors or while taking them out for their daily exercise. I f you maintain a constant, gentle and consistent tone to your voice, your dog will know you are the pack leader and they will be more obedient.
Reward Good Behavior
Reward your dog when they have conquered a challenge or obeyed an instruction, a hug along with “good dog” will often do as a reward.  Once in a while it does not hurt to give them a treat in moderation; dogs receiving too many treats tend to be overweight, which can shorten their lifespan.
Dogs should always walk behind or beside their owners; humans should always enter a gateway or doorway first as the pack leader. You should never let your dog off their leash unless you are in a safe secure area, such as a fenced park. It is also wise to carry a stick or cane in case you run into an aggressive dog while out for your daily exercise, large or small your dog would give their life to save you from danger.
Dogs getting sufficient attention, training and daily exercise from their pack leader, are less likely to be destructive or aggressive in the home or out in public.

This article provided by dog containment systems expert Susan Wright. Dr. Wright, DVM and her staff in effort to educate people on the proper care of their dogs.