Everyone knows that their safety on the road is often dependent upon the actions of the drivers around them. This can be a scary thought when someone pulls up next to a big truck or tanker. The amount of legal ads offering services for people injured by big trucks would lead many to believe that truckers are an unsafe group of drivers; which begs to question, are they?.

It is true that people injured in trucking accidents are far likelier than other accident victims to sustain serious injuries, but this doesn’t necessarily mean that truckers are negligent drivers. It is important to look at all of the facts related to big trucks and their drivers before deciding on whether they’re dangerous behind the wheel or not.

Statistics from the U.S. Department of Transportation (DOT) showed that nearly three hundred thousand trucking accidents occurred in 2009 throughout the United States. About three thousand of these accidents resulted in at least one fatality. The statistics involving big trucking accidents, which are defined as an accident involving a truck that weighs over ten thousand pounds, are garnered from accident data reported to the nation’s police departments. 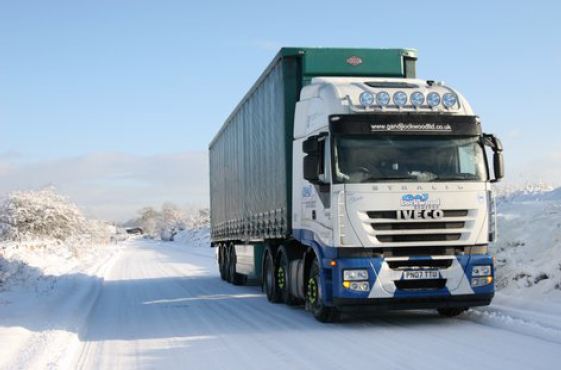 An accident of course doesn’t have to be fatal in order to be detrimental. Injuries sustained in trucking accidents can cause serious problems that affect a person’s entire life. The same data from the DOT also showed that around fifty thousand trucking accidents resulted in injuries to people involved in the wrecks. The data went further to show that around 230,000 trucking accidents weren’t severe enough to cause injury or death, but they did lead to some form of property damage.

The National Highway Traffic Safety Administration also provided some data involving truckers in 2009. Their information showed that around thirty-four hundred people died in the nearly three thousand fatal crashes where commercial trucks were involved. Another seventy-four thousand people were injured as a result of these crashes. All of this data seems to point towards truckers being unsafe drivers, but when the issue is delved deeper into, it turns out that things aren’t always what they appear to be.

In Depth Analysis of Trucking Accidents

Looking at the data related to trucking accidents in America could easily lead a person to believe that truckers are amongst the most unsafe drivers on the road. This belief is tested when other types of crashes are investigated and the cause of trucking accidents is revealed. The Federal Motor Carrier Safety Administration (FMCSA) undertook the task of figuring out just how unsafe drivers of commercial vehicles really are, and their results likely shocked a few people.

The FMCSA set out to discover just what the cause of every type of motor vehicle accident was in America. The number of trucking accidents that resulted in fatalities jumped up to almost thirty-five hundred in 2010. The administration found that one-third of these crashes were caused by truckers who were acting negligently by either speeding, being inattentive or driving fatigued.

There are obviously factors other than fatigue, inattention and speeding that can cause motor vehicle crashes that lead to fatalities. Driving under the influence is a common cause of driver fatalities, so it would be helpful to know whether truckers engage in these behaviors more than others. Many people think of truckers and bikers as rough individuals who throw back shots in a shady bar before heading out on the long haul, but the National Highway Traffic Safety Administration (NHTSA) destroyed this prejudice.

The NHTSA looked at fatal crashes where the driver at fault was over the nationally legal .08 blood alcohol content (BAC) percentage. The study found that drivers of motorcycles, light trucks and cars were intoxicated in twenty-two to twenty-eight percent of all fatal crashes involving their specific vehicle. The thing that surprised many is just how large the differential was between these drivers and commercial truck drivers. Final data showed that only two percent of truckers were intoxicated when involved in fatal crashes. It seems as if the age old television and film typecast of truckers is a bit outdated.

There is absolutely no doubt that accidents involving commercial trucks can be especially devastating. A twenty mile-per-hour accident with a hybrid car is obviously going to be less severe than the same crash with a five ton truck. Anyone involved in an accident with a negligent truck driver will likely be able to recover significant damages, but scientific data has finally shown that the occurrence of these types of accidents is grossly overstated.

Cecil & Geiser are dedicated to protecting the state of Ohio. If you’ve been injured in a car accident, contact them for a free consultation and have the best columbus car accident attorney in your corner.