Posted in SEO & SEM
Author: Editor  Published Date: September 27, 2012  Leave a Comment on Are You Following The Rules Of Facebook Etiquette?

There’s something about socializing on Facebook that makes some people lose their minds. They forget they’re talking to real people and they say things they would never say to others face-to-face. They post odd images, make crude jokes, and simply forget the rules of etiquette involved with interacting with others. Some people commit minor infractions while others are repeat offenders on a criminal level. So I ask you this – are you following the rules of Facebook etiquette?

Keep Private Matters Private
Do you have a bone to pick with someone? Your best bet is to send a private message to the person in question so that your private matter doesn’t become a public circus show. Do not post on the other person’s public wall. Do not post on your wall and tag the other person. If you wouldn’t share an argument, secret, or play-by-play of last night’s steamy date in public, don’t post it on your wall. Some matters should simply remain private. 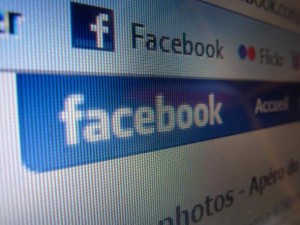 Be Mindful of the Beliefs of Others
Being mindful isn’t about changing your beliefs. It’s about realizing that if you have 5,000 Facebook friends, they’re not all going to have the same ideas about religion, politics, the economy, education, or anything else. Making general blanket statements about an industry or belief may upset your friends, and even if you didn’t mean to target them, they’ll see what you had to say in their news feeds and feel targeted.

For example, there are tons of political posts all over Facebook right now. Some are merely outlining the issues but others are downright rude. Saying that everyone who votes for candidate-x is stupid won’t win you any new friends; and it may just help you to lose some, whether you realize it or not.

Filter Your Personal News Updates
Are you newly engaged? Did someone in your family just pass away? Are you pregnant? Getting a divorce? Did you get a fantastic job promotion? While it’s OK to post your personal triumphs (or sadnesses) on Facebook, you need to make sure that those close to you are notified through the proper traditional channels first. Your mother, for example, should not find out you are pregnant by reading it on Facebook. Your cousin away at college should not read about your grandmother’s death before her own mother has had a chance to pick up the phone and call her. Facebook isn’t the end-all-be-all when it comes to sharing information, and there are real people involved in every situation. Make sure their feelings are guarded.

Facebook Shouldn’t Replace Human Contact
I can’t tell you how many friends I’ve lost contact with since the invention of the text message. Facebook made it even worse. At the end of the day, are you really so busy you can’t pick up the phone and return a person’s phone call? Facebook does make it easier to keep in touch with people you would not otherwise have much contact with, but it shouldn’t replace other forms of contact altogether. Don’t make Facebook your primary means of communication – ever.

You Never Disconnect
Before there were cell phones, we didn’t worry about whether we’d miss a call while out running errands. Now we have our cell phones in our hands at all times, answering calls and texts and checking Facebook status updates from dawn to dusk. Disconnect. If you are having a face-to-face conversation, you should not be updating your Facebook wall. Allow Facebook use at certain times of the day and then leave it alone. Unless you’re a marketer with a focus on Facebook networking, there’s really no need for you to spend that much time online each day.

Facebook made communication easier, in some cases, but in other aspects of life it stripped away the boundaries that were once a lot clearer. Be polite, considerate, and compassionate about what you post on Facebook. You’re giving people a clear view into your true personality. Make sure it’s something you really want them to see.

About the Author: Lidivina Morger loves using Twitter and Facebook to keep track of family and friends, but she knows the online world isn’t the end-all-be-all in terms of communication. When she is online she loves using my emoticons for MSN, Facebook, and Twitter!