A bill to restrict salvage car sales in Arkansas that would tighten up existing legal loopholes has been met with stiff opposition, prompting many in the legislature to consider the role of salvage vehicles as yet more attempts to regulate the market are shelved.

THV11.com reports the Salvage Vehicle Consumer Safety and Disclosure Act has failed at the committee stage in the Arkansas legislature, in the face of strong criticism from those opposing greater state regulation. The bill was designed to offer car buyers more protection through clarifying the labelling of cars with over 70% damage as salvage, while limiting and licensing those that would be able to buy salvage vehicles at auction in the state. 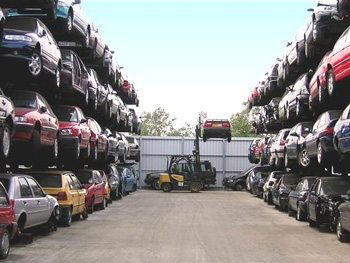 The bill was proposed to prevent malpractice around the sale of salvage cars, which is widely acknowledged to be bad for consumers, dealers and the industry as a whole. However, some analysts find the safety and consumer protection benefits of the bill more compelling.

Salvage cars can pose a danger to road users where they are not labelled as salvage and have sustained significant damage. To make them more commercially appealing, these cars are listed for sale in auctions and to private buyers without the salvage title. Salvage cars are often collision, flood or fire damaged, but can at present be sold without the salvage label as otherwise roadworthy vehicles.

The Arkansas position will remain highly unsatisfactory after this latest setback. Vehicles that are over 7 years old are exempted from carrying any salvage title whatsoever, meaning many can be sold privately and at auction with no regard to the amount of damage sustained by the vehicle.
There remains concern that ambiguity over what constitutes ‘salvage’ could undermine confidence in the marketplace and pose a real threat to road users. Salvage cars at autobidmaster.comare listed with comprehensive reports, but the online car auction site said the industry still requires more significant regulation to protect consumer interests.

“In some parts of the country, it is still too easy for anyone to pick up salvage cars at auction for relabeling and reselling for spares or as a used car. Authorities should look to close this loophole as quickly as possible to prevent dangerous cars from proliferating in the second hand market, and judging by public opinion clarity on the definition of salvage titles would be welcomed in Arkansas.”

But opponents of the bill suggest that government interference in this case is unnecessary, with Rep. Darrin Williams appealing for the “free enterprise system” to be allowed to look out for the interests of consumers.

Salvage cars cannot be driven in many US states, and are given title when the total value of repairs exceeds three quarters of the pre-loss value of the vehicle. Cars that are sold at auction without appropriate salvage title can not only pose a direct threat if driven, but can also lead to extensive repair bills to make roadworthy.

The bill was voted 8 to 8 in committee and failed to pass as a result, as the final nail in the coffin of greater salvage car regulation. For consumers in Arkansas at least, it looks like ‘caveat emptor’ will remain the mantra for at least the foreseeable future.