Vacationing isn’t always beaches and amusement parks. Sometimes, food or drink can be one of the most interesting parts of visiting another place. Maybe that’s why “beercations” are becoming increasingly popular.

As local breweries pop up all across the country, cities are becoming known for their unique brews. While you can get a beer in any bar across the country, it’s tougher to enjoy the high-quality craft beers that are only distributed in local areas – if at all.

To enjoy some of America’s best beers, you’ll have to go right to the source. If you’re interested in such a trip, here are five of the best beercation destinations in the United States:

Portland is called “Beervana” for a reason: Portland has become a global hub for craft beers, and the city is populated with breweries large and small distributing their own beers across the city. In fact, many bars and restaurants in the city only offer beers made in Portland.

While in the city, you’ll want to hit the Widmer Brewery and the Deschutes Brewery & Public House – two of the best-known Portland breweries. But you’ll also want to check out the lesser-known brews that are popular in the Rose City, such as Lompoc, Burnside, Alameda, Laurelhurst and Occidental. Make sure to sample the world-class brews from Ninkasi, Rogue and Double Mountain, available in Portland, but brewed in other Oregon cities.

Chicago is known for its impressive bar scene and strong European influences, and several breweries have established a presence in the city. Goose Island produces fine batches of Cascade-style beers, including the classic 312 beer, and the Haymarket Pub & Brewery is also popular among beer aficionados. To sample beers from around the world, head to Wicker Park’s The Map Room, which boasts an international selection of more than 200 beers. You’ll be within walking distance of several nearby Chicago hotels, so you can make a weekend out of visiting The Map Room.

Like Portland to the south, Seattle has a long history as a city committed to producing fine beers. A number of Seattle-based brews can be found in the area, such as the products of the Pike Brewing Company, Elysian Brewing Company and Red Hook Brewery. Many of these breweries create beers in the classic Pacific Northwest styles, and they’re quickly catching on in other parts of the country.

The Mile High City is well-populated with brews native to Denver and surrounding areas. In addition to the nearby Coors factory and New Belgium Brewery, Denver has a lot of smaller breweries, and you can take a guided tour of many of them.

Boston is known for its Sam Adams beer, but smaller craft breweries are cropping up throughout the city. One such creator, Harpoon Brewery, has become a hit in the city and plans to open a beer hall and visitors center 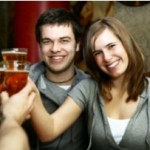 Wherever you go, make it your primary goal to sample the most local, off-the-beaten-path beers you can find. You’ll end up learning a lot about beer, and you’ll be supporting the local economy.