Some of the most recognised cars ever made have rolled off British production lines, but which are the best British cars of all time?

The work horse of the British countryside the Land Rover first entered production in 1947, inspired by the American World War Two Jeep, which has time and again demonstrated its versatility. 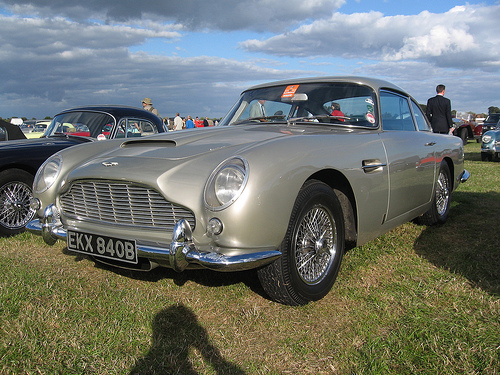 The Land Rover was officially launched on 30 April 1948 at the Amsterdam Motor Show, and in 1970 the launched the more luxurious Range Rover. In 1976 the one millionth Land Rover rolled off the production line.

Widely regarded as one of the most beautiful sports cars ever built, throughout its lifetime more than 70,000 E-Type Jags were built between 1961 and 1974. It consistently appears in lists celebrating automotive design.

At the peak of its popularity in 1971, the American market was trying to burst its bubble, so in the road movie “Vanishing Point”, the main character driving and Dodge Challenger beat an E-Type in a drag race, the British car ending-up on its roof in a stream.

The Morris Minor was the built as the first British Economy car. It was in production for 23 years from 1948 to 1971, over which time more than 1.32 million were built. It was one of the most versatile cars to be produced at the time, first rolling off the production line as a two-door saloon and convertible, then as a four-door model in 1950.

In 1952 a wooden framed estate version went into production. From 1953 until the end of its production a flatbed pick-up model was produced thus adding to the overall practicality of the design.

Probably the most famous car in the world, and in no small part thanks to it being the vehicle of choice for Ian Fleming’s James Bond. It first appear in 1964 with Sean Connery the wheel in “Goldfinger” and then again in “Thunderball”.

In the movies the cars would invariably suffer fatally consequences of the owner’s dangerous job, I would just hate to have been the British Government official who had to call for a car insurance quote.

Launched in 1959, the Mini is the greatest British car of all time. Throughout its 41 year production life, more than 5.4 million were sold.

Its popularity has never been surpassed by its beastly counterparts the Jaguar E-Type or the Land Rover. It was small, practical and affordable, and became an icon of the 1960s.

In 1969 three of them were used in “The Italian” Job starring Michael Caine.

Catherine Halsey writes for a digital marketing agency on a range of subjects. This article links back to http://www.admiral.com/car-insurance/