My first liveaboard dive trip in the Bahamas was memorable for several reasons. Thanks to a brutal bout of food poisoning in South Beach Miami, I was holed up in my cabin for a couple of days, and my first dive in the Bahamas was a shark feeding dive in a blue hole. Not only was it my first shark dive, I still wasn’t certified so while the rest of the crew and passengers enjoyed the shark feeding, I was doing fin pivots and mask clearing in the shallow water at the edge of the blue hole, distracted by the flashes of silver as sharks and barracuda torpedoed by in a feeding frenzy. It was exciting to say the least. After the feeding was over, I was able to swim over the edge and dive a little way down into the blue hole. By then, a lot of sediment had been stirred up so visibility was not great. For a beginner diver, it was a lot to absorb, but I enjoyed my introduction to the Bahamas so much that a one week dive trip turned into four years spent on that same boat. I learned to freedive in a blue hole on the Cay Sal Bank modelling for renowned underwater photographer Kurt Amsler. 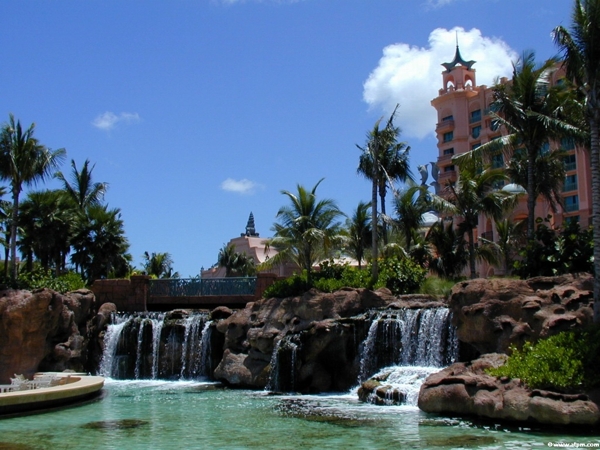 Limestone Formations
Blue Holes are submarine cave systems and sinkholes, and are a unique feature of limestone rock. We call them blue holes because when seen from the air, they have a deep blue color, darker than the water around them. The Bahamas is made of pure limestone so it boasts the greatest concentration of blue holes in the world. There are somewhere in the neighborhood of 1,000 blue holes in the Bahamas.  Unfortunately, over the years, many of the blue holes have been used as dumping grounds for the Bahamians. Because the caves contain some unique fish and invertebrates that are not found elsewhere, it is imperative that they be protected. Lucayan artifacts have also been discovered in the caves.

There is a 50 mile fault line running through South Andros Island so they have an extraordinary amount, over 350 documented inland and ocean blue holes. The inland blue holes accumulate fresh water which is pumped daily into tankers and sent to Nassau for their drinking water.

Blue Holes National Park
A Park was established on Andros Island in 2002 protecting 33,235 acres, encompassing pine and coppice forests as well as freshwater reservoirs and many blue holes. Considered to be some of the most scientifically significant underwater passages on earth because of the discovery of prehistoric remains previously unknown to science. Newly discovered species of animals that have adapted to cave living have also been found here. Explorers have found amazing features in some of the caves, like 30 foot high crystal columns, and the rare helictites, which are long curling crystals, formed when the cave was above sea level. Cave divers have discovered underground rooms the size of baseball fields, some of the largest in the world. Here they have also found the longest cave system in the Bahamas, Dan’s Cave at 30,000 feet. It is a draw to cave divers from all over the world.

Stefanie Green is a travel junkie and hotel concierge who works with luxury resorts in the Bahamas. She loves to blog about vacationing and culture in the Bahamas and how to live a more exciting, adventurous life!