If you walk around London, you will occasionally see a building bearing a distinctive Blue Plaque. If you get close enough to read the writing, you will see that the plaque bears the name of a famous person, the dates between which they lived, and the words “lived here”. The Blue Plaque scheme is a way of commemorating the buildings that once housed famous historical figures. It is a way of preserving social history and reminding the public that even ordinary-looking buildings have a story to tell. 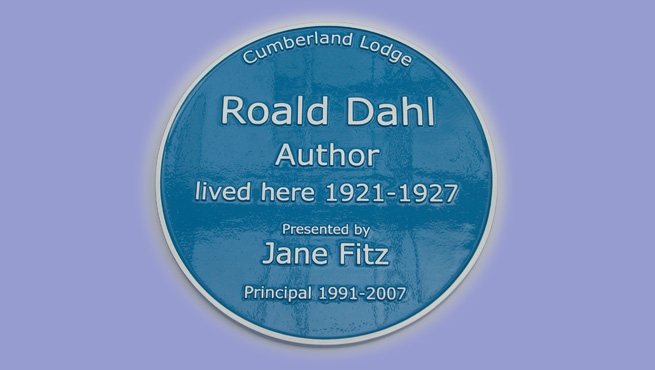 History of the Blue Plaque Scheme

The Blue Plaque scheme was originally founded in 1866 by the Royal Society of Arts, with the first plaque being erected to mark the birthplace of the poet Lord Byron: 24 Holles Street, Cavendish Square. This building has unfortunately since been demolished, but another early plaque, commemorating the former home of Napoleon III, can still be seen in King Street, St James’s. In 1901, the Royal Society of Arts handed the Blue Plaque scheme over to the London County Council, who formalised the design of the plaques and the criteria for their placement. When the London County Council was abolished, control of the scheme passed to the Greater London Council, who extended the scheme to cover Greater London boroughs such as Croydon, Richmond and Redbridge. Since 1986, the Blue Plaque scheme has been managed by English Heritage.

Design of the Blue Plaques

Not all of the plaques in the Blue Plaque scheme are blue. The Blue Plaque scheme, which was originally known as the ‘Indication of Houses of Historical Interest in London’ scheme, has at various times used circular plaques of blue, brown, terracotta, and sage green to mark the former homes and birthplaces of important historical figures. The design used today – that of a bright blue circular plaque filled with white text and surrounded by a white border – was introduced in 1938. Each plaque contains the person’s name in capital letters, the years of their birth and death, their profession, and the words ‘lived here’. The words ‘English Heritage’ follow the curve of the top of the plaque, and the English Heritage logo features at the bottom. The plaques are made of clay, with the blue and white glaze being applied by hand before the final firing.

Who and What Does the Blue Plaque Scheme Commemorate?

Famous names presented on the Blue Plaques around London include Winston Churchill, who is remembered by a plaque marking 28 Hyde Park Gate, where he lived and died, as well as Isaac Newton, who lived at 87 Jermyn Street in Westminster. To be eligible to receive a plaque as part of London’s Blue Plaque scheme, a person must be considered eminent by members of his or her profession and have been dead for at least 20 years. Plaques can only be placed on the original buildings where a historical figure lived, not on new houses that have been built on the same site. An English Heritage committee approves about 12 new plaques each year, following nominations made by members of the public.