Although the internet is by definition a free, unregulated environment (at least in the democratic countries), people still face plenty of restrictions when it comes to accessing certain websites. This happens mostly because those websites cannot make profits unless people who access them are located within a certain region, but also because some websites do not comply with the international or a country’s regulations. Fortunately, for those seeking to unblock sites there is a simple solution: UK VPN. 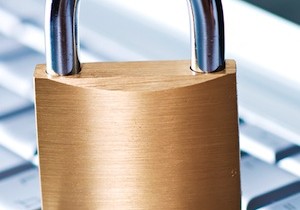 A VPN is a virtual network established between two computers which are not linked to a direct physical network (other than the Internet), but they are intended to do so. Of course, the scheme can be more complex, not relating only to PC-PC connections. In the production environment, this relationship is often regarded as client-server-client (where “client” = any device and “server” = a computer dedicated to this purpose).

In our case, we want to connect to a certain server (website) but we’re actively refused due to the location where we are. A VPN is able to bypass this restriction, by masking your real IP address and leading the server to believe that you’re in a country that’s on the white list. Thus, you gain access to plenty of content, streaming and live streaming websites that you couldn’t access easily through other means.

Have you ever wanted to access Hulu but you were denied because you were placed somewhere else than within USA? Or perhaps you wanted to give BBC’s iPlayer a try but you were unable because the server detects your location as outside of the UK? Thanks to a VPN, these problems are not to worry you anymore. Once you setup the private network properly, you will be able to set your IP to any country that you wish, thus inducing even the most demanding websites into error.

Besides the fact that it allows you to unblock geographically-restricted websites, a VPN has several more advantages for the end user. For one, it is able to filter all your incoming and outgoing data through your provider’s servers, which means that your entire communications will become anonymous. Thus, even if you prefer to chat with your friends over Skype without being intercepted or access certain websites which you were previously banned from, a VPN will allow you to do all these right away.

Another advantage of VPN is that it’s able to secure all your downloads, and thus nobody will know what files you’re getting off the internet. Whether it’s for a song you’ve always wanted to have or your private wedding photos, a VPN will protect your anonymity all the way through. Besides, your computer resources and internet speed are not affected throughout the process, as a VPN is nothing more than a type of virtual network.

Back to geographical restrictions, any internet user who was ever annoyed by the limitations imposed by Vevo or any other content distributors will find a VPN system to suit their needs perfectly. Not only they’ll be able to access their favorite sites instantly, but they will also be able to do this whenever they want, from any location, and by using any device that’s been properly setup.