Posted in Business
Author: Editor  Published Date: September 27, 2012  Leave a Comment on Buy A Horse Instead Of A House?

With equine law and horse sales making the front page in newspapers these days, it’s leaving many people wondering if buying a horse is where the money’s at. In July, the Kentucky Derby and Preakness winner, I’ll Have Another, was sold to Japan for $10 million dollars. The original owner, Paul Reddam, purchased I’ll Have Another as a two-year old for a mere $35,000. Clearly the horse turned out to be a great investment.

The Japanese purchased the trophy earning horse so they use it for breeding purposes. Perhaps the Japanese will earn their investment back with I’ll Have Another’s offspring. Reddam wanted to keep the horse in the United States by selling it to an American farm however, the offers from American farms just couldn’t compete with the $10 million from Japan. 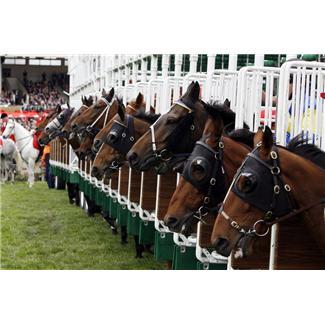 I’ll Have Another isn’t the first (and won’t be the last) horse that was sold for big bucks. Ferdinand, the Thoroughbred horse who won the 1986 Kentucky Derby and 1987 Breeders’ Cup Classic was also sold to Japan in 1994. Ferdinand’s price tag is unknown, but it is reported that the American owner was very happy his earnings from the deal. Unfortunately reports indicate that Ferdinand was sent to slaughter in 2002 without any fanfare or notice. Ferdiand’s slaughter created a huge uproar in the horse world and Friends of Ferdinand was created. This nonprofit group, created in 2005, words hard to keep retired racing horses alive and well taken care of.

I’ll Have Another’s sale will not go down in history as the most expensive horse. That title is currently being held by The Green Monkey (yes, it was really a horse). This Thoroughbred was sold for $16 million dollars in Florida back in 2006. After hearing that, you may go ahead and make your son or daughter’s dream of getting a pony for Christmas come true. Just think how much that thing could earn you in a few years!

Who knew that there was so much money to be had in the horse racing business? If you’re seriously considering entering this business, you have a lot of equine law and other material to study. It’s clear that there’s a science to how much a Thoroughbred goes for and it all depends on its age, pedigree, as well as other market factors. If the market doesn’t pick up soon, it might not be a bad idea to invest in a pony instead of a house. Just some food for thought.