Despite the invention of white boards, for many schoolchildren the traditional blackboard and chalk are still as much a part of childhood as grazed knees and the head teacher’s study.

But now chalk has got its own makeover thanks to technology which will not only recycle chalk dust – but will also help prevent respiratory disease among schoolchildren and teachers.

Many respiratory diseases are caused by pollutants and particles like industrial dust being ingested and then lodging in the lining of the lungs. Serious diseases like asbestosis and mesothelioma lung cancer are caused by asbestos particles ingested over time by workers in various trades such s construction. These cause plural plaques or lesions in the lining of the lungs, impairing lung function and making breathing painful and difficult. 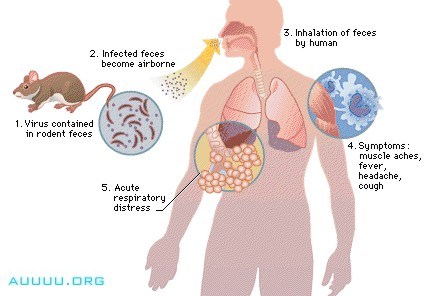 With conditions like asthma, which some people are born with, particles in the air from irritants like chalk dust can make the condition worse and may lead to an asthma attack.

As chalk has a drying effect on the skin, chalk dust may also in some cases cause or make worse eczema and other skin conditions, from a simple skin irritation to a more severe rash, or itchy eyes and a runny nose.

The designers of the Chalkeeper have come up with a blackboard rubber which absorbs the chalk dust and saves it so that it can be turned back into a stick in the Chalkeeper.

Designers Yonggu Do and Eunha Seo employed water and heat in their device, which transforms the dust collected from the blackboard rubber back into a solid circular stick of chalk, saving money for schools.

The technology is one of the latest gadgets to use powdered materials to create a 3D structure – 3D printers operate in the same way using powdered polymer or metals like aluminium to build up a structure in layers using heat. The Chalkeeper does not print the chalk stick however, but compresses the chalk dust into a stick.

The Chalkeeper also acts as a useful teaching aid in schools, as children can witness the device in action and learn not only about recycling but also about the health issues involved when dust particles like chalk are inhaled.

Chalk dust is not toxic but acts as an irritant in some individuals who may have another condition such as asthma. However, inhaling any dust can cause symptoms like coughing and allergic reactions similar to hay fever, like a runny nose.

Both students and teachers have been found to go on to develop more serious diseases like emphysema if they have been exposed to heavy concentrations of chalk dust throughout they schooling or teaching career. Although there is little evidence to show that chalk dust is a primary cause of respiratory illness, it may exacerbate any underlying condition or become more of a threat to health if inhaled with heavy concentrations of other particles such as particles in traffic emissions ingested on a cycle ride to and from school or other dust particles like asbestos.

Silicosis is also a disease which can affect quarry workers inhaling dust from crystalline rocks like marble or limestone – and whereas chalk only comprises 2% silica compared with sandstone (70%), inhaling dust particles like coal dust or talc can lead to illnesses like pneumoconiosis, which causes inflammation and scarring or hardening of the lining of the lungs.

Smoking among teachers may also exacerbate the effects of chalk dust – and many teachers do attribute their lung disease at least in part to long days working at chalk blackboard during their teaching career.

Chalkeeper also keeps the classroom clean: no more chalk dust on the floor or clothes – and a lot more chalk for kids to play with when teacher’s not around.

An accident at work compensation claims solicitor has expert knowledge to assist you in making a claim.