Château Margaux, is a world famous wine estate and was one of the four wines to achieve Premier cru status in the long standing Bordeaux Classifications of 1855. Their wines are extremely high quality and command prices accordingly. An extremely early bottle vintage Château Margaux (1787) is currently the most expensive bottle of wine in the world and was recently insured for $222,000. 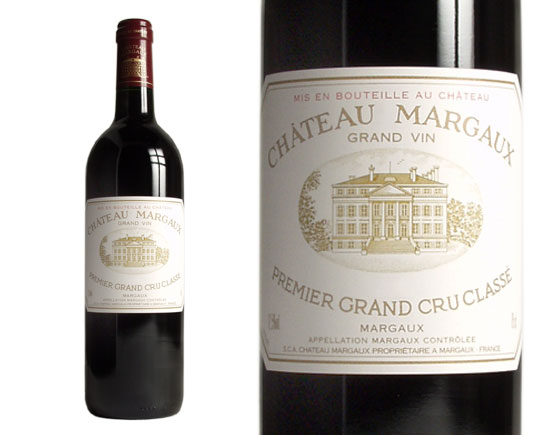 The Margaux Estate:
The size of the current state is Huge and is currently estimated at 270 hectares. The estate is located in the commune of Margaux, specifically located in the département of Gironde. Château Margaux also has the distinction of being delimited to the AOC of Margaux. At the bery beginning the estate would have loked very different. In fact; it would almost resemble marshland as no vines had been planted at this stage. Although it would have more than likely been deemed suitable for planting wine grapes, it is more likely that given the conditions at the time it would have been used for growing wheat and more arable crops such as sugar beet and the like. Eventually as the land dried the choice to plant grapes vines was realised and the rest, is history.

Early History:
What is now known as Margaux Estate was previously known as La Mothe de Margaux, the exact history is a little patchy, (as you would expect when looking back nearly nine whole centuries).  La Mothe is thought to be shorthand for motte (which means a bump in the mud, which characterises the estate. As is common with other wine estates at the time, it was owned by French nobility.

Modern History:
In 1973 Bordeaux experienced a well documented economic crises and the original owners of the Château Margaux Estate were forced to sell as it had become unsustainable. Interestingly a bid was made by National Distillers & Chemical Corporation, later found to have been spurred on by the Coca Cola company. The acquisition was blocked in any case by the then French President who said it was a national treasure and cannot be sold to a foreign company. It was eventually sold to a French company, Félix Potin for 16 million dollars, (72 million francs).

Interestingly French protectionism is still in place in France today, with former president Sarkozy recently threatening to disregards Europe’s protectionism laws to favour French products and services. Something which is still extremely controversial to this day.

interestinwine.co.uk are fine wine, specialists and have limited quantities of Chateau Margaux if you would like to sample this delightful wine for yourself. Why not drop by our website to see our complete selection.