Posted in Sports
Author: Idania.Silvia  Published Date: May 8, 2013  Leave a Comment on Choose Rugby for a Special Sporting Day Out

If you are looking for a great way to spend a day with clients, or to reward your colleagues for a good year’s work, then going to rugby could be the right option. Both rugby union and rugby league provide great opportunities to socialise and perhaps do a little business along the way. 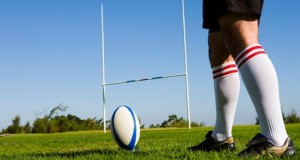 Rugby, whether league or union, is a game which rightly prides itself on its social culture and its camaraderie. A violent game, played by tough men, it is nevertheless renowned for its respect among players for each other and the match officials. The entertainment on the pitch is invariably matched by the social experience off it too, with fans making new friends and potentially important contacts in the stands and in the bars

Great Days Out with Rugby Union
The sport, of either code, offers some real marquee occasions at which to socialise too. Rugby union is famous for the Six Nations championship which takes place each year. This international tournament played between Scotland, Ireland, Wales, England, France and Italy is held in some of Europe’s great cities. If you want to see what Rome or Dublin, Edinburgh or Paris, can provide in terms of rugby hospitality and enjoyment, then going to a Six Nations game is something you should aim to do.

The Heineken Cup is a European championship for Europe’s top clubs and as a result is played in some wonderful cities. Southern French clubs tend to do well, as do the Irish provinces, meaning that away trips to Limerick or Toulon are very much the order of the day. A weekend away at a Heineken Cup game, whether you support the teams who are playing or not, is a great way of bringing people together.

Get Gritty with Rugby League

Rugby league is also a sport which has some showpiece occasions which offer great opportunities for business-based socialising. The Challenge Cup final, contested each year at Wembley in August, is one of sport’s classic occasions. An iconic event in the North of England, where many small towns send coach loads of people south, this really is a celebration for the rugby league family and a great occasion for any sports fan to savour.

The Super League Grand Final is the culmination to the rugby league season in Europe and usually takes place in November. Held at Old Trafford, the huge iconic stadium which is usually home to soccer giants Manchester United, the day marks another coming together of the rugby league community, from across the North of England and further afield. More to the point, the game itself is usually of the highest quality.

So next time that you or your company are looking for superb social events, try some rugby hospitality. The experience is sure to leave your clients wanting more.

Dave Arthurs is originally from Wakefield, in West Yorkshire and has enjoyed both codes of rugby his whole life. He still manages to play the occasional veterans’ game of rugby union for his local club and is a regular at Wakefield Wildcats rugby league. A travel agent in a previous career, he now writes about sporting and travel matters for a wide range of blogs and websites. To know more visit this page all about Rugby.