Posted in Family
Author: Editor  Published Date: October 30, 2012  Leave a Comment on Choosing A Pre-Paid Funeral – What Will It Cost?

Pre-paid funerals are becoming increasingly popular as a safe and economical way to plan your own funeral. It’s not something that anybody wants to think about but unfortunately it’s one of the only absolute certainties in life. There are two distinct advantages to choosing this approach. Firstly, the bereaved family do not have to make decisions regarding the funeral arrangements at an already very difficult time and they also do not have to worry about costs.

According to The Guardian, the average cost of dying in 2011 in the UK was in excess of £7000 which in itself was a 61% rise over seven years and it shows no signs of slowing down. With that in mind, we’ve compiled a guide to pre-paid funeral costs. 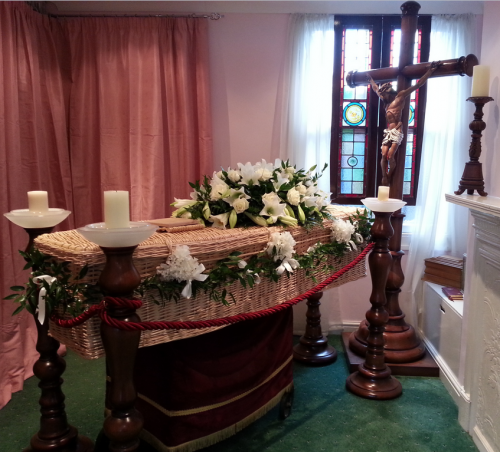 Admin & Preparation
The funeral directors generally handle all of the administration and organising of the funeral including collection and preparation of the body, use of the chapel of rest, supplying the hearse, limousine and pallbearers and finally, disbursements (payments to other third parties such as a church, crematorium or doctors).

Disbursements are generally responsible for the largest fluctuations in the price of a funeral and these may or may not be covered by your pre-paid plan so make sure you find out at the point of purchase.

Coffin
The coffin is another expense that will have a large impact on the overall cost of the funeral. The design and materials used to build coffins varies dramatically. A very ornate coffin built from solid oak would cost somewhere in the region of £1700, you should expect to pay roughly £400 for a basic wood veneer coffin while a biodegradable cardboard coffin could cost as little as £100. Those considering a cremation may wish to choose a cheaper coffin for obvious reasons.

Extras
A funeral will often involve extra costs too such as a headstone, flowers and possible an extra limo for family. Many funeral companies have relationships with florists and stonemasons so they may be able to include these costs with your pre-paid plan but you will have to check. Again, the costs here can vary dramatically depending on what is required.

The Will and Probate
Much of the legal processes involved with dying fall under the umbrella of probate. Although a very complicated field, the function of probate is to essentially gather up the estate of the deceased, assign it to an executor (usually a spouse or other family member who is designated in the will) who then distributes according to the Will. If no Will is left then the courts will appoint an administrator who carries out a similar function and distributes the estate according to the rules laid down by statute.

Generally, these costs will not be included in a pre-paid plan but the funeral directors may have a relationship with legal representatives and can therefore secure competitive rates. Costs are hard to forecast for this due to complex nature of probate but the average costs in 2010 were £2200.

Bill Weston writes on a number of subjects including topics such as pre-paid funeral plans, for more information please see http://www.funeralguides.co.uk