Posted in Entertainment
Author: Editor  Published Date: September 13, 2012  Leave a Comment on Clean Grooves Make Records Sound Exactly The Way They Ought To 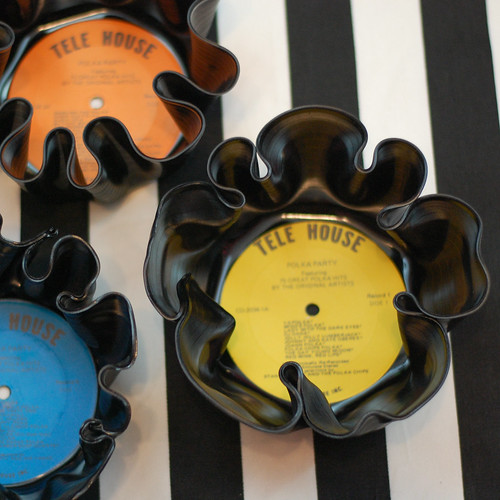 If you are one of the people who have discovered anew that vinyl recordings have an extra special tone quality that is a good deal warmer than recording made in other formats, you may have already purchased, or at least investigated purchasing, some of the equipment that is needed to make LPs and 45 RPM records play.

Lots of the gear that was once in just about every home in America has not exactly vanished ever since CD took over the market that had previously been dominated by the vinyl LP, has not exactly disappeared, but record turntables became harder and harder to find, once people began purchasing CD players and replacing all of the albums that they already owned on vinyl with those little silver compact discs.

Once many music fans committed to the CD, they either put away their turntables, threw them out or donated them to the Salvation Army, where they probably sat on shelves alongside old eight-track tape players and cassette players, which were also going by the wayside.

Then the question was, once you’ve given away your turntable and bought duplicate copies of all of your albums in CD format, what do you do with the LPs that you’ve been collecting and listening to for years? Many people chose to haul their record collections to used records stores and sell them off for a pittance of what they paid for them, because they simply wanted to modernize their home, get rid of clutter and possibly pick up a few bucks that they could reinvest in some CDs.

So off went their Neil Young vinyl records to records shops that specialized in used vinyl that was still in demand and an ever narrowing market, and those records would be filed along with others of their ilk, and dedicated LP record fans would browse through them and perhaps buy a few of the used platters.

Fast forward to the present and you’ll see a great many more people who are interested in vinyl records once more, and they are not only browsing through used records, they are buy freshly pressed LPs that have just rolled off the production line and are ready to be flipped onto a turntable for appreciators of good old fashion recordings made on vinyl.

Going Back To Vinyl

But if you’re going to go back to using vinyl recordings as your primary source of music, or even if you plan to use them for just part of your listening pleasure, along with recording released in other formats, you’ll want to learn to take care of them, particularly if you are buying older, used LPs that might be covered in dust and other kinds of surface grit that will affect the record’s sound quality when the needle goes into the groove. To make records sound their best you might want a good cleaning system, such as a VPI 16.5, which will make even old records sound fresh and new again.

Then you can fully appreciate the full quality of your LP, and see what you’ve been missing by listing only to compact discs.