Automotive technology has gone through something of a renaissance in the last ten years, with manufacturers and consumers finally waking up to the possibilities of alternative fuels and welcoming computers into our dashboards. The next step – according to Google, who recently acquired a license to operate one – is to start automating our vehicles. But will people ever warm up to the idea of being driven places by a cold, logical machine? We examine the reasons why the self-driven future companies envisage may be as likely as the roast-dinners in a pill of yesteryear’s science fiction. 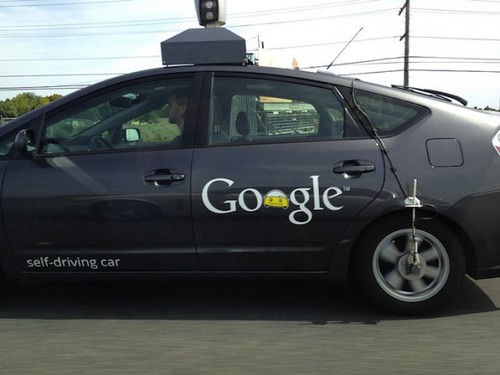 Reason #1 – It could cost too much

The cost of a technology always stands in the way of genuine progress, but I would argue that the culture of automobile purchasing is directly opposed to the kind of blanket adoption of self-driving tech that futurists imagine for the future of the car. A number of early-wave automation technologies – automatic braking, for instance – are technologies you can easily hand over the cash for. The trouble is, that you’ll have to look for the flagship ranges (and at the premium models of those ranges at that) to find these technologies. And clearly, these are cars outside of many people’s price ranges.

At a time when air conditioning (a technology technically first introduced to vehicles in 1933) still isn’t a standard feature of the first two tiers of many vehicles, it’s difficult to imagine a world where full automation becomes available in every single car on the road. Even if we take the view that it’s a necessary and overdue innovation (one that will likely save lives and bring personal mobility to those who might have trouble gaining a license), it’s still unnecessary in the sense that it’s an added extra. Without automation, you can still drive a car. People will always cut out extras if it means getting the car they want. Actually, this leads to the following point:

Reason #2 – People may not be sold on the benefits

Call me cynical, but if the principle benefits of a technology are that it will prevent accidents, lower emissions and lead to lesser congestion, these are only going to resonate with a certain set of people. Others aren’t going to understand what the appeal of relinquishing control is: expect these people to ask “why should I give up my liberties for a supposed greater good?”, just as they have been doing vocally for most of the last century.

Reason #3 – What if something goes wrong?

The self-driving car could well improve safety on the roads, but without a shadow of a doubt it will be involved in a multitude of accidents. There are simply some situations where accidents are inevitable, and given a road-system where self-driving and human-driven cars exist, there are still going to be plenty. How does society even legally deal with a self-driving car that crashes? Popular Science suggests that the blame will be shifted to manufacturers, but will it?

But what if manufacturers cannot cope with litigation? As Popular Science also mentions, manufacturers actually hesitated over the air-bag for similar reasons (being sued if they didn’t work as advertised). And if there is ambiguity in a crash situation between a human driver and a computer one, will courts side with the cold logic of a machine? Can a world with automated cars on the roads actually be fair for all?

And this is the clincher. People like driving, maybe less so across borders and for ultra-long journeys, but the automotive industry has thrived for centuries on the fact that people want a certain experience they can only get with their hands on the wheel and their foot on the pedal. If automated cars are to have a great and lasting impact on society, they need to be the only option for transport. But nobody is prepared to sacrifice the right to drive. And this is undoubtedly how it should be.