Some degree of confusion and cognitive decline is normal in aging animals, but severe problems that interfere with daily functioning are not normal. Notable loss of cognitive function or personality changes may be associated with Cognitive Dysfunction Syndrome (CDS), which is similar to Alzheimer’s in humans and causes brain and nervous system degeneration in pets. 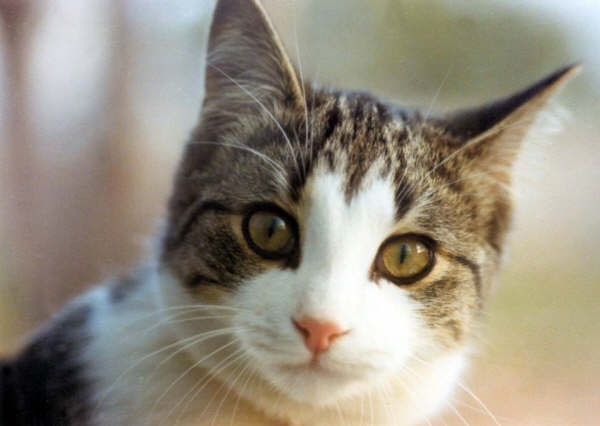 CDS is caused by physical brain changes and altered levels of brain chemicals in pets. The syndrome causes a loss of cognitive abilities and a variety of personality changes that range in severity from mild to completely disabling. The risk of developing CDS increases with age and may affect dogs more often than cats. In fact, the American Animal Hospital Association states that it is not certain whether CDS affects cats at all. However, studies show that nearly one-third of cats aged 11 to 14 years exhibit at least one symptom of CDS, with half of cats showing signs of the disorder by the age of 15 years.

It can be difficult to detect mild CDS, but most animals with the disorder will exhibit some or all of the following symptoms: withdrawal from family interaction, changes in sleeping patterns, pacing or wandering, staring into space, ignoring common commands, lack of response to name, shaking or trembling, decreased activity, house soiling, and becoming lost or stuck in familiar places. Severe CDS may also cause an inability to recognize family members, familiar people, and familiar places.

Diagnosis and Treatment of CDS in Pets

If you suspect Cognitive Dysfunction Syndrome is affecting your pet, take him to your veterinarian right away for an evaluation. A thorough medical history, neurological and physical examination, and blood and urine tests are all helpful in making the diagnosis. Because there is no specific test for CDS, a diagnosis is typically made based on symptoms and after ruling out other possible explanations for your pet’s cognitive decline.

While there is currently no cure for CDS, there is a prescription medication available to help dogs with the disorder. The medication, called Anipryl, works by increasing levels of dopamine, a neurotransmitter, in the brain. Unfortunately, the drug does not help all dogs, but those that improve while taking the medication generally experience clearer thoughts, better memory, and improved quality of life. There is currently no drug approved for use in cats suspected of having some sort of CDS, but the American Association of Feline Practitioners supports the use of Anipryl in cats diagnosed with CDS by a veterinarian.