Growing up in the South, hunting is a way of life.  People take sick days at work just to not miss the first and last days of deer hunting season (and generally as many as they can in between those two days).  Sunday is the only day hunting isn’t allowed so most hunters use it to catch up on the chores their wives have been asking to be done or to get ready for more hunting the next week.  Many breed and raise their own dogs, just for the added advantage of finding the “big one.”  Hunters tell hunting stories the same way fisherman do, in that the ones that got away had a huge rack of horns and was the “biggest” deer in the woods.  At 38 years old, nothing in the South has changed with that tradition except a little of the technology in the trucks and tools of choice. 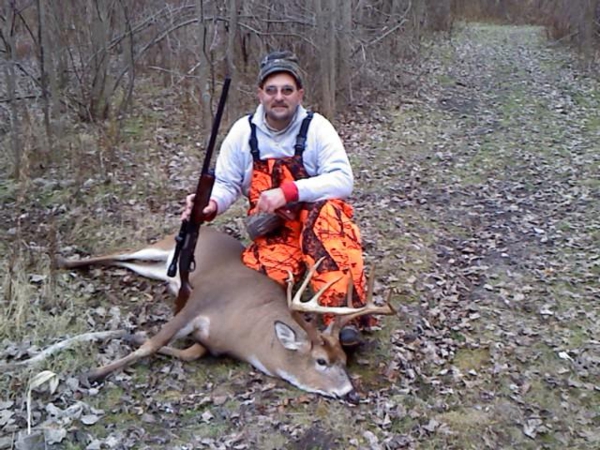 Two Most Popular Deer Hunting Methods
Hunters in the South use two popular methods for deer hunting.  The first method uses an installed platform (called a stand or deer stand) for sitting on up in a tree out of the smelling range of the deer.  The hunters either build these platforms by hand out of wood or purchase from hunting supply stores, depending on budget.  Once installed, the hunters climb into the stand and waits for the deer to come by.

Now you might be wondering how the hunters know the deer will be coming by their stand when the woods are such a large dense location.  Deer hunters study the habits of the local deer and learn where they travel and where they bed and feed; as a result, they set their stands up close to those locations where they are sure the deer will appear.

Another way hunters work is to get in the general location of a herd, put up their stands and start feeding the deer (baiting).  After a few weeks of luring the deer into the location with food (generally corn, but can use sweet potatoes, green peanuts and other deer favorites) the hunters began working the stands in the search of the elusive “big one.”

A second popular method Southern deer hunters like is to use dogs.  These hunters are proud of their dogs.  They have dogs for deer hunting and dogs for squirrel, coon (raccoon), turkey, quail and other game hunting.

The hunters form groups with several other hunters and block out sections of the woods.  They divide into two groups.  The first group goes around to one side of the woods and lets the dogs out.  The second group spreads out on the other side of the woods waiting on the dogs to run the deer in the woods out to them.  As the deer come out of the woods, they shoot the ones acceptable per season requirements.  By this time, the first group of hunters has arrived to pick up the dogs.

Basic Details of the Southern Hunting Season
The Southern deer-hunting season also has a bow season and a black-powder season.  Both of these are right before the gun-hunting season that tends to run for about two and half months.  The wildlife and game control department sets up these seasons as a way of keeping the deer herds thinned and manageable.  They also determine how many bucks (male deer) and does (female deer) each hunter gets to take each season.

The hunters purchase a hunting license which lasts for the year and they have to purchase “tags” for each deer they kill (a set number of tags are allowed per hunter each season).  After shooting a deer, the hunter takes it to a local game station (usually local hunting and fishing suppliers) where the deer is weighed, recorded and tagged for the official records.  This is the place where they all group, talk, tell stories and share a few drinks.

Deer hunting is a Southern tradition just like fried chicken, watermelon and cornbread.  It is a friends and family event where storytelling, eating and living the good life is what’s important.  It’s what puts food on the table for many and is a way of life for most.  Try it, you never know, you just might enjoy the world of trucks, guns, dogs and chasing the “big one.”