It’s reassuring to know that in the event of nuclear Armageddon in the 1980s, local government in Trowbridge would have continued bustling about its essential business. It turns out that a former dental surgery has been obscuring the existence of an emergency underground control centre, established in the 1980s, to be activated in the event of a nuclear war. 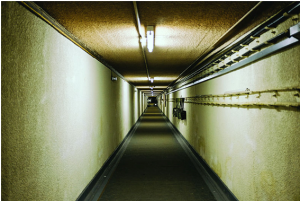 The entrance to the bunker was an anonymous looking red brick building next to the surgery. Of course, the very existence of the bunker, let alone its location, would have been a highly classified secret in the cold war years. A cadre of crack local government workers would have taken to the bunker to stop chaos breaking out in west Wiltshire. The Thatcher government ordered each local authority to identify a command centre, where a committee (of course) would take over.

In fact, today, there are a number of new bunkers in case of nuclear war – less localised, these appear to be regional centres – the Daily Express has a handy map so that you can identify the one nearest to you – https://www.express.co.uk/life-style/life/793918/uk-nuclear-bunkers-location.

The Trowbridge bunker had water and air filtration, food supplies and communication facilities and was intended to survive a nuclear bomb. However, it won’t survive the demand for housing, and Wiltshire Council has given permission for the bunker to be demolished and 79 new homes to be built. 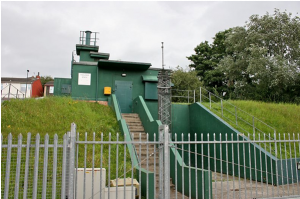 Land remediation needed before new houses can be built

It’s not a simple case of demolishing the building above ground and filling in the space below ground. Sites such as the bunker can contain all kinds of materials that would now be considered polluting, such as asbestos, lead and other dangerous materials. A full survey will have to be carried out by land remediation services such as http://www.ashremediation.co.uk/. They will need to identify any possible contamination, and develop a plan to decontaminate the land before housing is built.

Apart from anything else, the land has to be properly stabilised so that there is no possibility of subsidence in the future, caused by the bunker being located underground. It’s ironic that a structure built to protect its underground inhabitants from nuclear pollution, is now being assessed for the possibility it could cause pollution problems to inhabitants above ground.