Every great business venture starts with passion and a unique vision, and Natuzzi is no different. Starting from small beginnings, it has now become one of the world’s leading producers of fine quality sofas and armchairs. Here we take a look back at Natuzzi’s fascinating history. 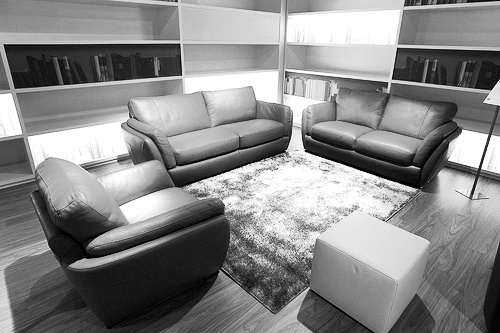 Origins
Natuzzi gets its name from its founder, Chairman, Chief Executive and Group Stylist, Pasquale Natuzzi. He was exposed to the furniture industry from a young age, his father being a cabinet-maker. In 1959, at the age of only 19, he had opened his first workshop in Taranto. It was there that Natuzzi and three collaborators began making armchairs and sofas for their local market.

Mid-20th Century
It was three years later in 1962 that Pasquale moved to Matera and began getting some much-needed commercial experience and learning about all the challenges of distribution. Five years later, whilst still in Matera, that Natuzzi began producing armchairs and sofas on an industrial scale. A further five years down the road, in 1972, Natuzzi Salotti S.r.l. was founded. However, a year later a fire totally destroyed the factory, and Pasquale Natuzzi moved the business to Santeramo in Colle, where the group’s headquarters have been ever since.

World Wide Expansion
At the start of the 1980, Pasqualle Natuzzi was on a trip to America when he saw an opportunity to radically change the company’s direction by making the leather sofa more available to people other than the elite. By the mid-80s he had established Natuzzi Upholstery Inc. in New York, to specifically cater for American customers.

It was this success in New York that propelled Natuzzi to dominate markets elsewhere in the world, particularly across Europe and the Far East, quickly establishing itself as a leading furniture business.

With further developments through the 1990’s, such as the opening of Divani & Divani by Natuzzi (now at 298 stores worldwide), Natuzzi has continued to expand throughout the world, including countries such as Italy, Spain, Greece, France, Portugal, Switzerland, China, USA, and Australia.

Natuzzi’s Most Popular Designs
Liz – a retro styled armchair, which is deep backed and works well with many other pieces in the Natuzzi collection.

Klaus – one of the most well-known of Natuzzi’s sofas, a modular sofa with a sense of 80s chic.

Marta – in one of the company’s rarer forays into coffee table design, this angular piece is an homage to mid-century design.

As you can see, the Natuzzi business has come a long way since its inception in 1959, and it is all down to the vision and the passion of one man, Pasquale Natuzzi.

This article was brought to you by Fishpools, one of the leading suppliers of Natuzzi sofas in the UK