A New York rapist has learned the hard way the smoking is a dangerous habit. A discarded cigarette butt was used as evidence against him in a 14-year-old rape case, sending him to prison for 15 years. Prosecutors had been unable to link the rapist to his crime until DNA from the discarded cigarette was matched to DNA samples collected at the crime scene.

Lerio Guerrero, 34, a resident of Staten Island, entered a guilty plea to charges of rape, sodomy, robbery and burglary related to a 1988 attack on a college professor. The victim, who was 28 at the time of the attack, was making her way home to her Lower East Side apartment just before midnight on a chilly night in November when Guerrero forced her into an alley. 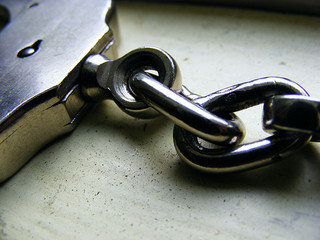 Using a piece of jagged glass as a weapon, Guerrero violently raped and sodomized his victim. Videotape captured at the scene shows the rapist holding the glass shard to his victim’s throat.

After brutalizing his victim, Guerrero went through her wallet. Unsatisfied with the amount of cash she was carrying, Guerrero forced her to visit two nearby ATM machines and withdraw a total of $800 in cash.

Guerrero’s victim survived her attack. Her attacker left behind a valuable piece of evidence when he cut himself on the broken glass he had used as a weapon. Detectives were able to extract DNA from blood Guerrero dripped on his victim’s coat. They also had Guerrero’s DNA from his victim’s rape kit.

A search of the state DNA data bank found no matches for the crime scene DNA samples. Guerrero had a rap sheet that included offenses for marijuana possession and disorderly conduct, but he had never been ordered to submit to court DNA testing.

The DNA trail went cold and there was no progress on the case for several years. Despite the fact that Guerrero’s identity remained unknown, in 2005 prosecutors indicted his DNA profile for sexual assault and robbery.

In May of 2011, Guerrero appeared to have found another victim. He was arrested for possession of a knife and trespassing near the scene of a sexual assault in Brooklyn. This time investigators were able to extract his DNA from a cigarette he discarded and match it to evidence from the 1998 rape of the college professor.

To prevent more criminals like Guerrero from evading the law, New York has taken an important step in the war against crime by becoming the first state to require anyone convicted of a felony or misdemeanor to provide a sample for the state’s DNA database. The “all crimes” law went into effect on October 12.

Derek enjoys blogging about law and crime investigations. When he is not blogging, he enjoys spending time with his family. The following article is for court dna testing.