Doomsday means each man for themselves and with the reduction of all government and medical institutions in the ensuing chaos; one should be well prepared to take on the challenges of survival during doomsday. Of course, bomb shelters and bunkers can make sure that inhabitants survive a nuclear event or a large explosion, but there are other skills which are essential to survival post such an event. Here are five such skills.

Self defense can be categorized into two categories, hand to hand and weapon based. Hand to hand self defense deals with grappling, striking and tussling with the opponent with nothing but bare hands and feet. In such an event, one should have basic martial arts training and should become familiar with the methods of striking and defending. There should also be training to ensure knowledge of how much damage to cause and where to cause such damage. Weapon based self defense deals with defending attacks from firearms or knives or explosives. These are more fatal from distance and thus, basic firearm training should be received to repel such attacks and also to act as a deterrent and keep attackers at bay. Gun training is relatively simple while knowing how to handle a knife or how to protect one’s self from a knife involves a mash of both hand to hand self defense and weapon based defense. 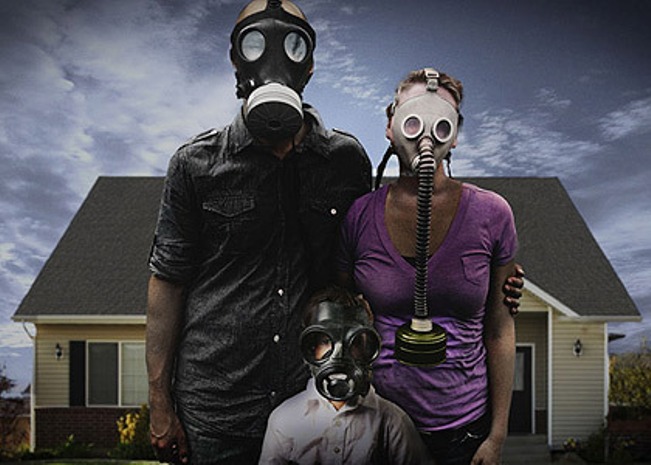 With hospitals and other such medical institutions being out of order and not for public use in such an event, one should have basic emergency medical training to survive and deal with injuries. They should be literate about what to do with head injuries and concussions and learn to assess spinal injuries, blunt force trauma, collapsed lungs, spleens or liver injuries. Knowing what household items can help in caring for fractures and trauma is a vital skill and can often mean the difference between life and death. Basic first aid is now general knowledge and dealing with minor cuts and bleeding to sprains and strains should be relatively easy but one should know what to do when major bleeding starts or when ligaments and tendons tear causing movement to stop. There should also be knowledge of dealing with hypothermia, dehydration and shock amongst other problems.

Bomb shelters and bunkers can keep one safe from the explosion, but after the explosion, everyone eventually needs to be outdoors to gather supplies and to gain some precious fresh air or to move to a safer environment where they do not have to live underground. Learning how to navigate, starting a fire and dealing with wild animals are important life skills to know as without them, one would be hopelessly stranded and left without options. A survival mindset should be inculcated in order to recognize useful eatables and poisonous plants from each other. Eventually, each person must move outdoors as it not possible to stay indoors for an extended period of time without a psychological affect on the person, hence, knowing how to survive in the relative wild is important.

After an apocalypse, learning to move on and rebuilding is the most important task that is entrusted upon all surviving members of the world. The first basic necessity is food and independent farming ensures that there would be sufficient food to eat and can make survival important. One should be familiar with crops with quick yields and crops which can grow in harsh environments as well as basic techniques of agriculture and irrigation.

In order to stay in touch with others during an apocalypse and to be aware of what is going on in other parts of the country and world, knowing how to operate and maintain a radio is very important. Basic knowledge of frequencies and how to contact others on different frequencies and also knowing how to speak in code and phonetics is important if one has to make sure that one does not become isolated and alienated during such catastrophic events.

Chris is a modern day life skills expert how has in depth knowledge and experience of surviving in the wild and in conditions of war. He provides answers and solutions to those who are flummoxed by the prospect of surviving a war and those who cannot think past the standard bomb shelter surviving technique.