When you have a huge number of drives on site you’ll need to make sure that the replacement drive belts you keep in stock are kept in appropriate conditions. It might be several years before a drive belt is replaced so the ones in storage will need to be in the same condition when you fit them as they were when they were ordered.

It’s really important that you use the correct replacement belt on a drive if one of the belts is damaged. Belts which are not identical to the belts removed may be underspecified or may not be able to perform within the same parameters that the previous belts were capable of. The replacement belts may work for a short period of time but ultimately they will fail. 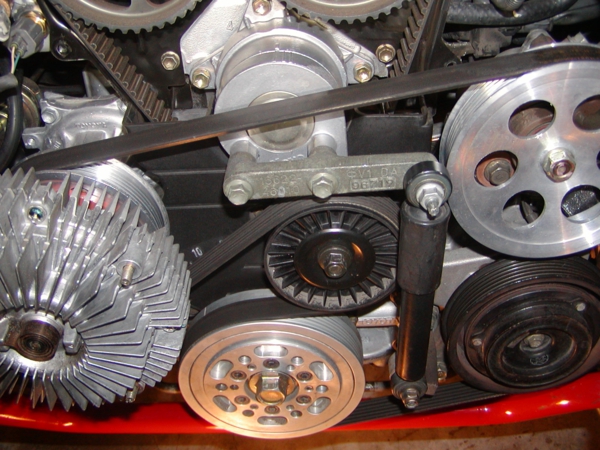 Perhaps the biggest mistake made when replacing damaged belts is to replace only one belt on the drive. If the drive has numerous belts all the belts should be replaced. The used belts will have stretched slightly and will work under different conditions to the newly fitted belt. This will instantly cause increased pressure on the new belt which may ultimately lead to its failure once again.

Checks before drive belt replacement
When you are replacing belts on a drive it’s important to thoroughly check the whole drive system before the new belts and fitted. A quick check of the pulleys and idlers on the drive will tell you if any are damaged or worn. Things to look out for include nicks or burrs on the pulleys which will eventually cause belt damage. Other things include checking that the pulleys aren’t dished and that the bearings are in good working condition. If drive pulleys are dished the drive belts will not sit in the pulley V properly resulting in poor contact and slipping belts. A polished surface on the pulley floor is usually indicative of dishing. The other problem, bearing damage, is something which should easily be determined by the competent engineer. Either by listening to the bearing noise whilst the drive is running or by ‘feeling’ the bearings at standstill, the engineer will be able to tell if the bearings are in good working order.

If you keep drive belts in stock it’s important to keep the away from heat, bright lights and make sure they are hung on pegs (if not too long), or stacked appropriately so that they can be used when needed.

David Swift is an electrical maintenance engineer, he wrote this article on behalf of www.bearingboys.co.uk.