The Future of Dwight Howard

Orlando Magic’s star center Dwight Howard has requested a trade and no longer wishes to play for their organization and the question on everyone’s mind is who will be the next team the star will play for?

The Brooklyn Nets were at one point the only team on Howard’s list to play for next season, but with a recent trade for Atlanta Hawks guard Joe Johnson may have put the team in jeopardy of obtaining Howard. When the Nets traded for Johnson he was under contract with the Hawks for 90 million dollars and it seems as if the Nets won’t be able to afford both players. Unless Howard wants to take a serious pay cut, he won’t be playing in Brooklyn next season. 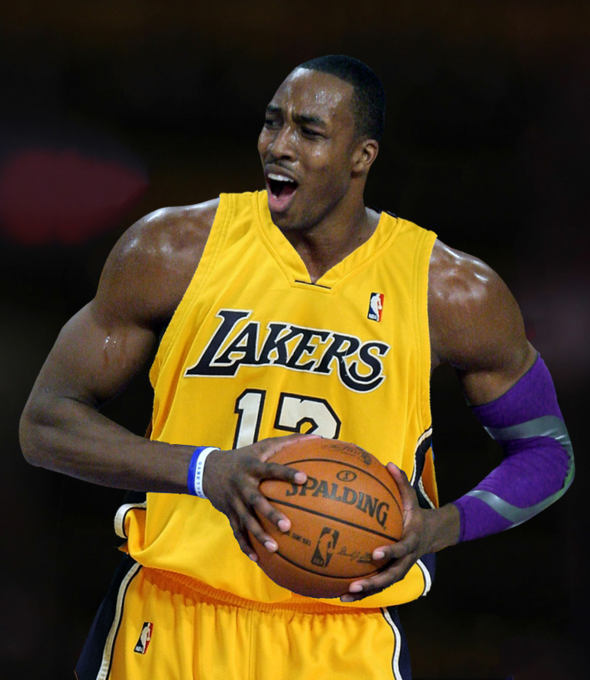 With the Nets pretty much out of the picture we now look to teams that may be a contender in signing Howard. The Los Angeles are a possible team that could deal All-Star center Andrew Bynum. The swap with Bynum and Howard is possible considering they are the league’s two top centers, but the Lakers would need to throw in another player or possible picks to get Orlando’s attention. After unloading Joe Johnson and freeing up 90 million dollars in cap space, the Atlanta Hawks are another contender in signing Howard. The trade would consist of Hawks center Al Horford and guard Jeff Teague for Howard. This trade seems the most appealing to Howard as he grew up in Atlanta and childhood friend, Josh Smith, plays for the Hawks as well. Another possible scenario involves Chicago Bulls center Joakim Noah, forward Taj Gibson and forward Loul Deng. This is definitely a possible option for the Magic as they can obtain three quality players for the star, and truly trade demonstrates the value of Howard.

Where Will He Land?

Based on all the trade possibilities there is one team that seems to satisfy both ends of the spectrum and is also a large enough market where Howard can prosper. With all the news and rumors that have been circulating i believe Howard will be taking his talents to Los Angeles. The Bynum for Dwight swap makes sense and as long as the Lakers can add another player to the mix that is decent, the deal is fair for both sides. In my opinion, next season Howard will be playing for the Los Angeles Lakers.