A Solar eclipse is an awe-inspiring phenomenon that visits earth only once every couple of years or even decades. Ever since ancient times, humans have been fascinated, fearful and reverent of eclipses.

Myth and the Solar Eclipse
Ancient Greeks, Mesopotamians and Egyptians were the first to record solar eclipses.  In 585 BC, Herodotus wrote ‘Day was suddenly changed into night’. In Ancient China, eclipses were heavenly signs to foretell the future of the emperor and state. To the ancient Chinese, an eclipse was a battle between a celestial dragon who attacked either the moon or the sun.

Modern science may have put to bed most of these ancient myths and legends.  But people’s fascination with eclipses will never fade. Many people are fooled into thinking that a partially concealed sun isn’t dangerous at all, nothing could be more wrong. 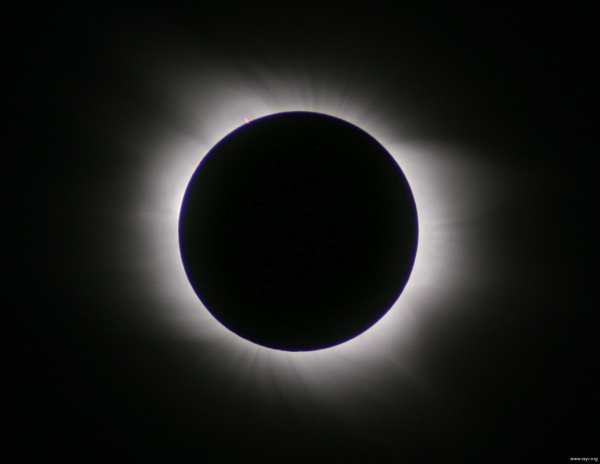 The sun’s photosphere emits intense infra-red and ultraviolet (UV) radiation.  In the same way as the sun’s rays cause sun burn, the sun will damage the retina of the eyes.  This happens much faster than it takes for skin to burn. The sun can cause irreversible damage to the eyes after only a few seconds. So it’s recommended to take these precautions.

What to Use
•    Eclipse Glasses: Available for Observatories and online from binocular and telescope specialists.

•    Home Made Projector: This can be created by pointing a pair of binoculars at the sun and projecting the image onto a wall or a white piece of paper.  Don’t at any stage look into the binoculars.

•    Aluminised Mylar Sheeting: The residue of aluminium residue blocks most of the harmful infra-red and UV light rays.  Make sure that this is the actual material you’re using and not something else.  However don’t use it to filter binoculars, a telescope or other lens-based or mirrored devices.

What Not To Do

•    View the sun through a piece of smoked glass, a polar windscreen or polarised sunglasses.

•    Look through binoculars, a telescope or any other lens-based mechanism at the sun.

•    Use photographic film or a medical X-ray to stare at an eclipse. While some emulsions when developed and exposed are effective filters; many aren’t, it’s difficult to know if the film stock will be safe to use.

The Next Solar Eclipse in the UK.  Hold onto your hats, the next total solar eclipse won’t happen in the UK until March 20th, 2015. It will have a duration of 2 minutes and 47 seconds on the coast of the Faroe Islands.  In the mean time, there will be a solar eclipse over at our antipodean cousins in New Zealand on the 14th of November 2012. Perhaps that’s a good enough reason for an adventure holiday.

Athena is a keen blogger and writes on topics of lifestyle, fashion and health for spectacles provider DirectSight.